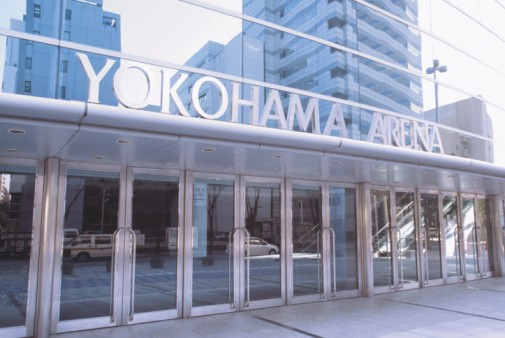 It comes as a process begins to meet a Christmas deadline for choosing between either the existing venue in Yokohama or sticking with initial plans to construct the new Ariake Arena on Tokyo Bay.

This is the only venue still to be decided as a Four Party Working Group consisting of representatives from the IOC, Tokyo 2020 and both the Central and City Governments continue their deliberations.

"As part of the Four Party Working Group’s on-going fact finding, a group from the IOC administration paid a technical visit to Yokohama Arena today," an IOC spokesperson told insidethegames.

"This is in line with what was explained by the IOC delegation during the Four Party Working Group meeting on Tuesday (November 29)."

They were at pains to point-out that the visit was a administrative and technical one rather than an official Coordination Commission inspection.

No comments or feedback have yet been made.

The Yokohama alternative was one of three proposed by a Task Force commissioned by Tokyo Governor Yuriko Koike in a bid to cut costs.

It would be seen as a snub to Koike if the Yokohama proposal was also outvoted.

The Yokohama Arena is a well-known concert venue which played host to the 2009 World Table Tennis Championships.

It was used as an emergency shelter after the 2011 Tōhoku earthquake and resulting tsunami.

Although the shift to an existing venue would cut costs, it would also add additional overlay fees as well as logistical pressures from holding another sport outside the capital city.

Abandoning the Ariake plan would also cause the loss of any legacy benefit from a new venue.

The Yokohama plan appears to have been viewed sceptically at the Working Group meeting by Organising Committee top brass, who called for a decision to be made quickly.

IOC executive director of the Olympic Games Christophe Dubi also admitted that the Yokohama plan was "ambitious" and would require massive work.

This included "key learnings from Rio 2016" as well as "people management, communications, engagement and action and legacy, sustainability and brand, identity and look".

Also discussed was the commercial programme as well as "ticketing and hospitality, spectator experience, finance and budget, co-host cities position and procurement and tendering processes".

insidethegames understands this included a study of the Rio 2016 ticketing system at which Tokyo drew-up plans for ensuring no empty seats in venues as well as shorter queues for entry and for food and drink.