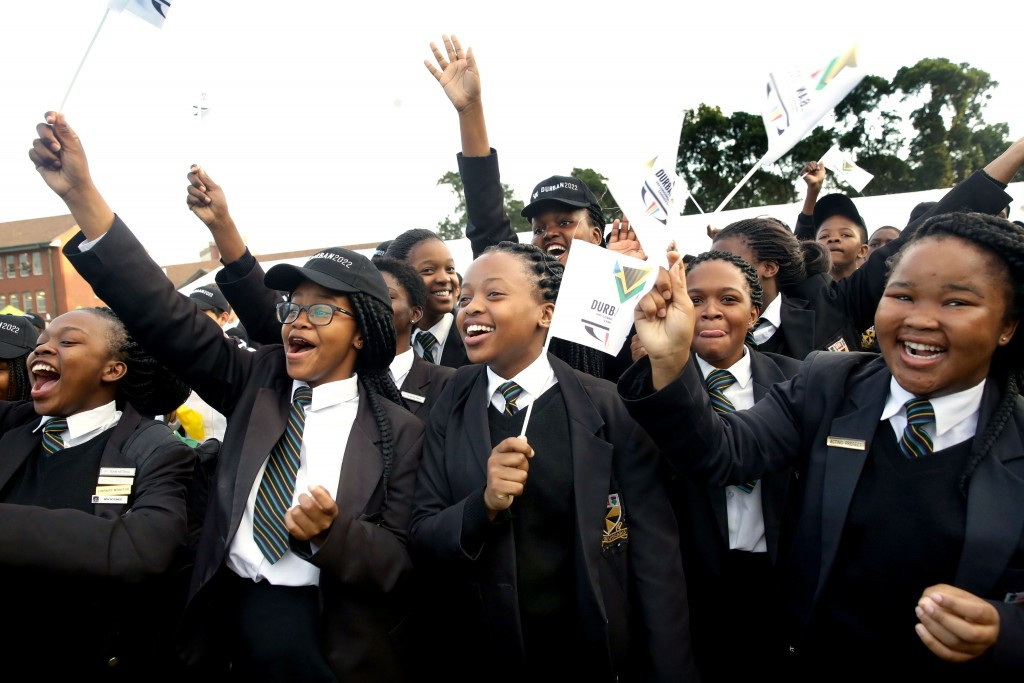 A decision on whether Durban will stage the 2022 Commonwealth Games has been deferred for up to six weeks after the Bid Committee submitted key criteria necessary for them to remain as hosts by today’s deadline.

A spokesperson for the Commonwealth Games Federation (CGF) confirmed to insidethegames that the organisation would now "evaluate the submissions thoroughly" before a final ruling is made by the Executive Committee.

South Africa were warned last month that they face losing the hosting rights for the Games in 2022 if they do not adhere to a series conditions they should have already satisfied last year.

Durban were awarded the Games at the CGF Assembly in Auckland in September 2015 but have so far failed to sign the Host City contract, establish an Organising Committee, confirm the underwriting arrangements as per contractual requirements or make any payments to the CGF.

The CGF and Durban 2022 held a special meeting last week to discuss progress being made by organisers.

It was attended by representatives from the South African Government and the South African Sports Confederation and Olympic Committee (SASCOC), as well as CGF President Louise Martin and chief executive, David Grevemberg.

According to the CGF, they have successfully met today's deadline, marking a boost to their much-maligned preparations for the Games, but they could still be stripped of the event if the submissions are not deemed to meet the required standard as set out by the host city criteria.

The CGF have admitted this could take "up to six weeks given the importance of the matter".

"The CGF has now received final submissions from the Durban Bid Team against these criteria, and will evaluate the submissions thoroughly before making a final recommendation to the CGF Executive Board on Durban's ability to host the Games in accordance with its original bid and the conditions of the award,” a statement from the CGF sent to insidethegames read.

"This process and any final decision may take up to six weeks given the importance of the matter.

"The CGF’s focus remains on maintaining the momentum and impact of the previous successful Games in Glasgow and the next Games in the Gold Coast to ensure another successful and inspiring Games for athletes and fans in 2022 - either in Durban or an alternative host city - while continuing to liaise with a number of destinations and regions about their ambitions for 2026 and 2030."

The development represents one of the first instances that Durban 2022 have met a deadline laid out by the CGF after missing several key dates since they were awarded the Games.

This included establishing an Organising Committee within 180 days of being given the hosting rights for the event.

The CGF have said they "remain committed to ensuring that Durban 2022 will be a great success", but a motion was recently passed that gives the  ruling Executive Board the authority to choose a new host city without a formal bid process if the event is withdrawn.

"Durban was awarded the Games on September 2, 2015, subject to a specific set of outstanding criteria," the statement added.

"The host city criteria outline the partnership approach between the Commonwealth Games Federation, the Host City and the Nation to ensure a successful Games and an enduring legacy.

"They cover important aspects such as governance, management and funding.

"The criteria are the solid foundations upon which any successful Games and legacy plan is built.

"Every prospective host city must meet these criteria."

SASCOC President Gideon Sam, re-elected for a third term as head of the organisation on Saturday (November 26), confirmed to Eyewitness News that they had "dealt specifically with the areas they asked of us".

"One of the issues was the shifting of the athletes’ village, from where it was to closer to Moses Mabhida," he said.

"They [the CGF] said we have to relook those plans and SASCOC has done what it can to remedy that."

Should the CGF choose to take the event away from Durban, other cities would be approached to see if they are interested in stepping in.

Commonwealth Games England were quick to rule themselves out as Birmingham and Liverpool have expressed an interest in the 2026 edition.

insidethegames has contacted Durban 2022 and the Durban City Council for comment.