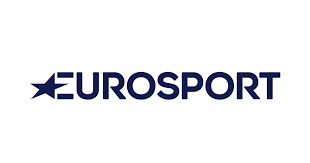 Eurosport will be the exclusive broadcaster of the next four Olympic Games in Germany, it has been revealed today.

Numerous sub-licensing agreements have been confirmed over the past year, but no such deal has been reached in Germany, leaving long-term public broadcasters ARD and ZDF without rights for the Games.

Eurosport’s coverage will begin in Germany at Pyeongchang 2018 and will run until the 2024 Summer Olympic Games, including Tokyo 2020 and Beijing 2022.

It was confirmed free-to-air coverage will be available to the German public on Eurosport 1, with a dedicated production team set to deliver the key moments of the Games.

The coverage will feature locally developed and produced programming to focus on the country’s athletes and "bring their stories to life".

Fans will be able to have an "all-access pass" to every minute of the Olympic Games on all devices, it is claimed.

"We are excited to bring German fans an outstanding Olympic Games experience that will be highly comprehensive and in-depth," said Susanne Aigner-Drews, senior vice-president and general manager of Discovery Networks Germany.

"For the first time, our multi-platform approach will give fans the opportunity to enjoy every single moment live, with all of the data available in real time, for every German athlete and every event.

"Building on the strong legacy of the past, our extensive free to air coverage will be enhanced by live and on demand action across all screens to share the inspiration of the Olympic Games with the next generation of passionate fans in Germany.

"As the world’s number one storyteller, Discovery is particularly excited that we will be working closely with the German Olympic Sports Confederation and the National Federations to bring to life the incredible stories of German Olympians as they strive towards their ultimate goal."

As well as their free-to-air channel, additional coverage will be available on DMAX, and Eurosport Player.

The pay-tv sports channel Eurosport 2 will feature further exclusive coverage of the Games, it was confirmed.

"Our leadership in Olympic sports broadcasting and ability to leverage new technologies, combined with Discovery’s extensive presence and platforms in Germany, will bring viewers closer to the action and their national heroes.

"We look forward to sharing further details about our vision and production plans in the coming weeks, as the excitement continues to build for the Pyeongchang 2018 Olympic Winter Games."