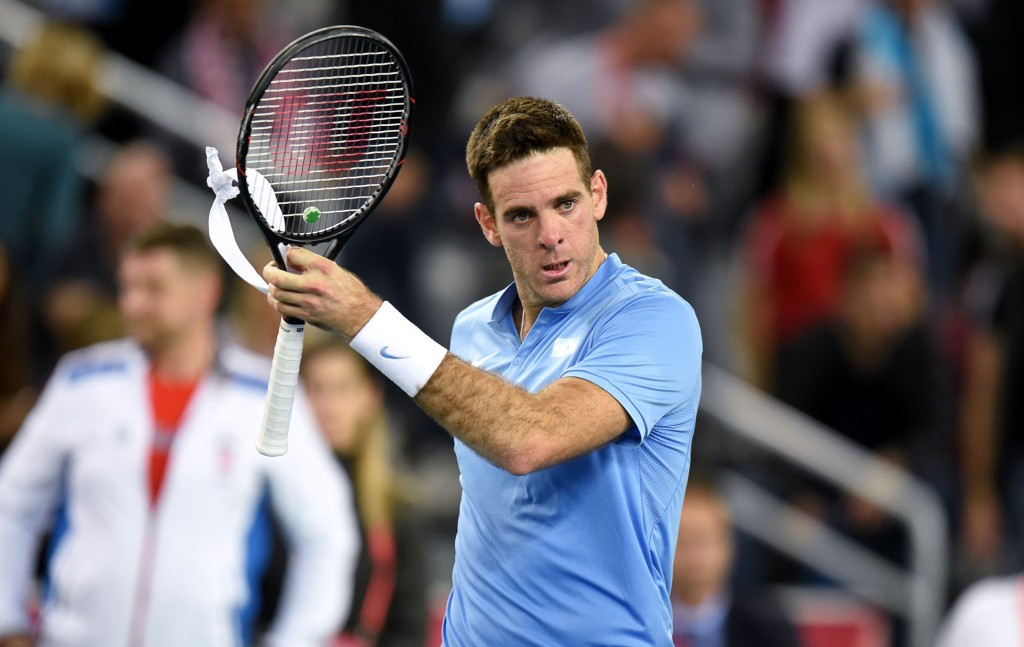 The final had begun with a thrilling match between world number six Marin Cilic and Argentina’s Federico Delbonis in the Zagreb Arena.

Cilic had been the clear favourite going into the match and the 2014 US Open champion looked well on the way to victory when he won the opening sets 6-3, 7-5.

The home crowd when then surprised when Delbonis battled back to win the third and fourth sets 6-3, 6-1

Delbonis’ convincing display in the fourth set made the Argentine appear favourite for the decider but Cilic recovered his composure to earn the final set 6-2.

The result put pressure on Del Potro to respond in the second singles rubber, with the Olympic silver medallist seeking to help Argentina a record which has seen them become the first country to lose four finals without lifting the trophy, having been defeated in 1981, 2006, 2008 and 2011.

Del Potro triumphed 6-4 in the opening set against Karlovic, but the Croatian, who returned to their team for the first time after a four-year absence, took the second 7-6.

The tie ended level at the end of the opening day of the final after Del Potro went on to win the next two sets 6-3 7-5.

Among those watching the action in Zagreb were football World Cup winner Diego Maradona, cheering on the Argentine team.

Attention will now turn to the doubles match tomorrow, with the host nation hoping to take a stranglehold on the match and move a step closer to winning the Davis Cup for the first time since 2005.

Argentina are aiming to extend their unbeaten record against Croatia, having won quarter-finals in 2002 and 2012 in Buenos Aires and 2006 in Zagreb.