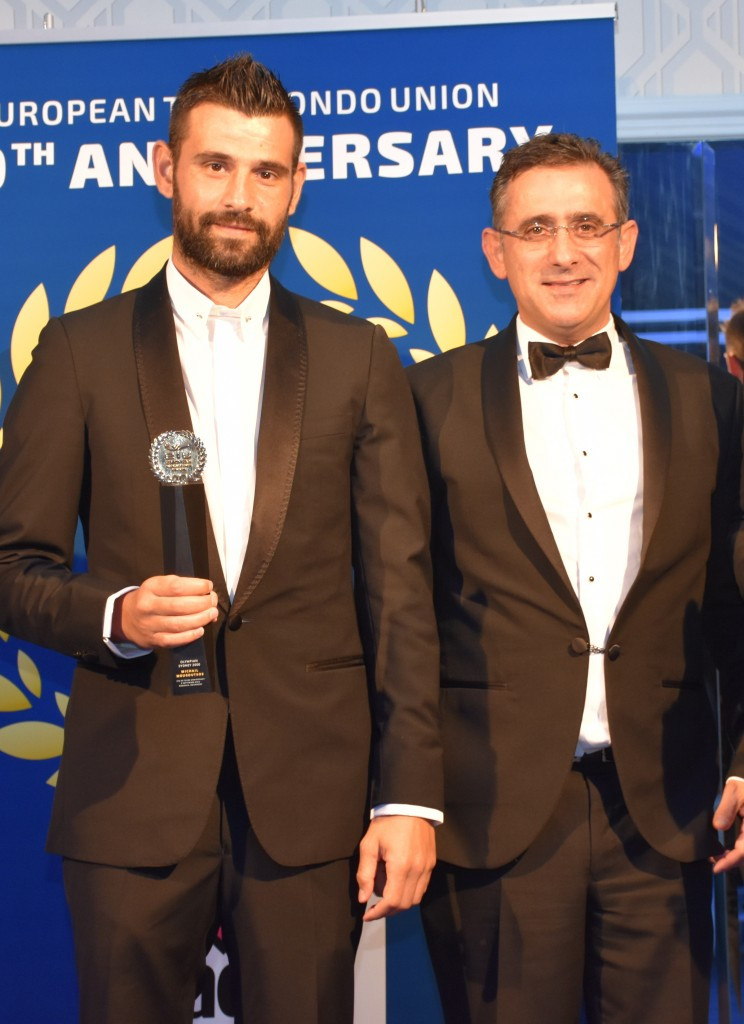 The European Taekwondo Union (ETU) has announced the election of its representatives to the World Taekwondo Federation (WTF) Athletes' Committee.

Michail Mouroutsos of Greece and Spaniard Brigitte Yagüe Enrique have both now been appointed to the roles by the WTF.

Mouroutsos became the inaugural Olympic champion in the men's under-58 kilogram competition at the Sydney 2000 Games, when the sport made its debut on the grandest stage.

His Olympic career then continued to Athens 2004, where he narrowly missed out on a medal on home soil by finishing in fifth place.

The 36-year-old was the only Olympic taekwondo gold medallist to hail from Europe for 12 years, until London 2012 where three Europeans were victorious.

At present, Mouroutsos is a member of the ETU Council and also serves as a taekwondo coach.

"It is very important that athletes share their experiences and knowledge when withdrawn from the field of play," said Mouroutsos.

"Since 2000, taekwondo has radically changed, which means that every time it demands different requirements to be fulfilled.

"It is my pleasure to be part of a team where we can work from the scope of the athlete for the athlete’s benefit.

"I would like to thank everyone in the European Taekwondo Union for voting in favour of me and Brigitte and electing us to represent the European athletes."

Joining him on the Committee will be Yagüe Enrique who comes from Palma de Mallorca in Spain.

She made her Olympic Games debut at Athens 2004 where she failed to win a medal, before going on to claim silver at London 2012 in the women's 49kg division.

"It is an honour for me to be a member of the WTF Athletes' Committee," she said.

"Representing the European athletes is something that fills me with pride and satisfaction, since I have been part of the European family of taekwondo for many years.

"During my sports career, I want to highlight my struggle to become a better athlete day by day and above all, a better person.

"Now, I would like to tell you that my struggle continues, to help our sport in every possible way, to evolve and stand out among other sports.

"I would like to thank all those who have made it possible to be part of this wonderful family of taekwondo today."

The two athletes are scheduled to attend their first Committee meeting on December 8 in Baku in Azerbaijan.