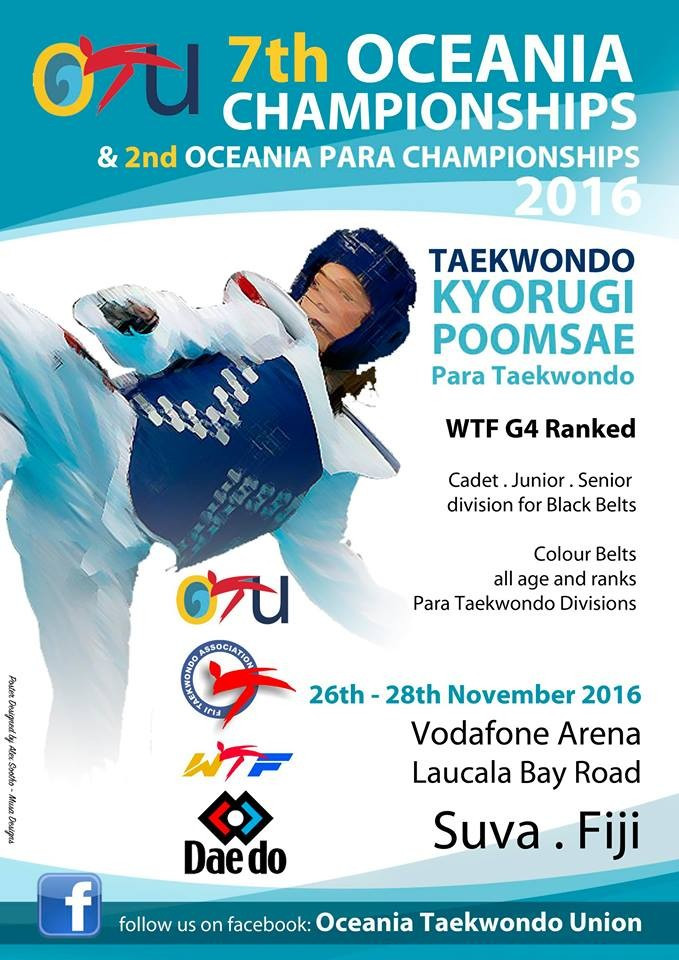 Competitions are due to begin tomorrow at the Vodafone Arena in Suva, with World Taekwondo Federation (WTF) and Oceania Taekwondo Union (OTU) poomsae events kicking off proceedings.

The opening day of action will draw to a close with Oceania Para Taekwondo Championships competition taking place.

While the majority of the field will be from Oceania, the para-taekwondo events are also open to athletes from outside of the continent.

Attention will then turn towards the Olympic taekwondo divisions on Sunday (November 27), with all eight events set to be contested.

Male competitors will compete across either the under 58, 68 and 80 kilogram categories, as well as the over 80kg event.

The under 49kg, 57kg, 67kg and over 67kg women’s competitions will also be contested.

Cadet, junior and senior events will be held throughout the duration of the weekend at the Oceania Taekwondo Union competition.

The Oceania Taekwondo Championships are taking place for the seventh time, with the last edition having taken place in 2014.

Organisers will be hoping to build on the success of the sixth edition, which took place in Sydney.