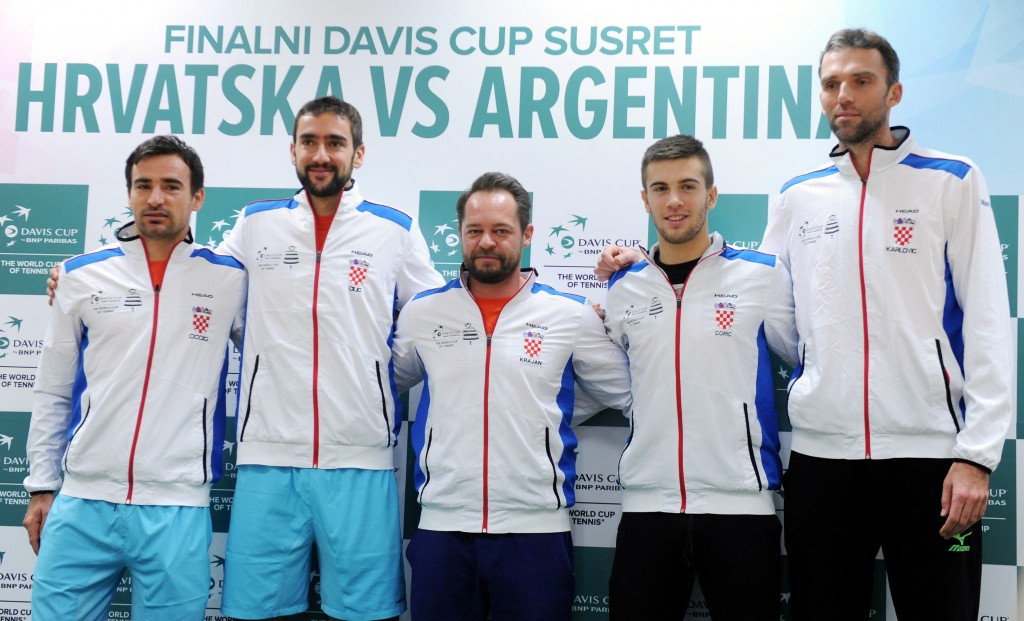 Argentina will be seeking to end a run of agonising defeats when they meet Croatia in the Davis Cup final due to begin in Zagreb tomorrow.

That will be followed by a clash between big serving Croat Ivo Karlovic and leading Argentinian hope Juan Martin Del Potro.

World number six Cilic, winner of the 2014 US Open, will start as a strong favourite against Delbonis, while Karlovic returns to the Croatian squad for the first time after a four-year absence on a hard court in the Zagreb Arena.

Croatia's Franko Skugor and Ivan Dodig are due to face Leonardo Mayer and Guido Pella in the doubles on Saturday (November 26).

Cilic will take on Del Potro and Karlovic is scheduled to face Delbonis in the reverse singles on Sunday (November 27).

Croatia are bidding to win the men's team event for a second time after also doing so in 2005.

Argentina are seeking to end a record which has seen them become the first country to lose four finals without lifting the trophy: in 1981, 2006, 2008 and 2011.

The South American team do have a 3-0 Davis Cup record against Croatia, however, winning quarter-finals in 2002 and 2012 in Buenos Aires and 2006 in Zagreb.

"We are hoping that this long quest for the Cup title will come to an end," Del Potro, who beat world number one Andy Murray when Argentina knocked out defending champions Great Britain in the semi-finals in September, said.

"They are at home and have a very strong team, but we are looking forward to a great weekend and we are also very proud to be in another final.

"I'll have to be focused against Karlovic because one break of serve could cost me the match.

"It is great to be in the final at this point of my career after so many injuries."

Former football World Cup winner Diego Maradona is expected to be among the spectators to cheer on Argentina.