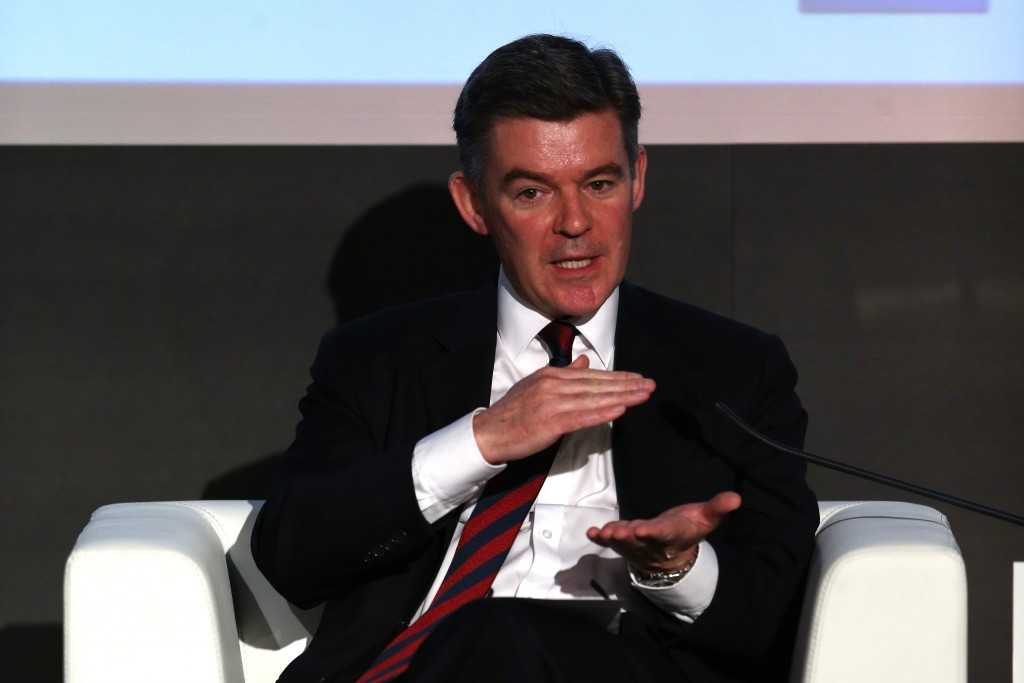 Sir Hugh Robertson has been elected as the new chairman of the British Olympic Association (BOA) to replace Sebastian Coe, it has been announced.

Sir Hugh, involved with the London 2012 Olympic and Paralympic Games in a political role as Sports Minister, was appointed as vice-chairman of the BOA 12 months ago.

His only opponent in today's election was Great Britain Hockey President Richard Leman.

The election was held during a private meeting today in London at which media were banned.

Each of the 43 members of the National Olympic Committee (NOC) were eligible to cast votes including representatives from 35 summer and winter national governing bodies.

The Princess Royal, Sir Craig Reedie, Sir Philip Craven and Adam Pengilly, the four British members of the International Olympic Committee (IOC), along with Coe and vice-chair - Sir Hugh - and two members of the Athletes' Commission also had a vote.

A breakdown of the vote has not been announced and there was no press conference afterwards.

"We’re not aware of the breakdown of the vote and as such I’m not sure it is something we’ll look to proactively put out," a spokesperson told insidethegames.

The 54-year-old is a former major in the Life Guards and saw active service in Northern Ireland, Cyprus, The Gulf War and Bosnia.

He was the Member of Parliament for Faversham and Mid Kent between 2001 and 2015.

Sir Hugh is now head of the London office of Falcon and Associates, a strategic advisory company working on behalf of the Dubai leadership.

"Following on from my involvement with London 2012, it is a great privilege for me to become chairman of the British Olympic Association," said Sir Hugh in a statement afterwards.

"After the success of Rio 2016, this is an extraordinarily exciting moment for British Olympic sport.

"I want to build on this success and drive the organisation forward both on and off the field of play.

"I would like to pay tribute to my friend and predecessor Lord Coe for the positive impact he has had on British sport, and in particular Olympic sport and it is with great pride that I follow in his footsteps.

"The success of Team GB does not come by chance and the meticulous preparations and dedication to the athletes will remain at the forefront of our work.

"I am thrilled to be part of this and to work collaboratively with our myriad stakeholders to provide the best possible platform for success for the athletes during the Summer and Winter Olympic programmes."

A BOA quarterly Board meeting took place today alongside the NOC meeting.

Coe kept the promise he made four years ago when he was elected to replace Moynihan as chairman of the BOA after he resigned following London 2012 and stepped down after serving one term.

The double Olympic 1500 metres champion now plans to focus on his position as President of the International Association of Athletics Federations.

Their haul, which consisted of 27 gold, 23 silver and 17 bronze, marked the first time a country had ever improved upon their medals tally in the next Games after they had played host.

"As a recognised power in the global Olympic landscape after the history making feats in Rio, Team GB is perfectly positioned to grow both commercially and competitively.

"Sir Hugh’s track record in sport is exemplary and his international experience will help drive the continued growth of the organisation for Pyeongchang [2018] and Tokyo [2020], that has already been started by Lord Coe."