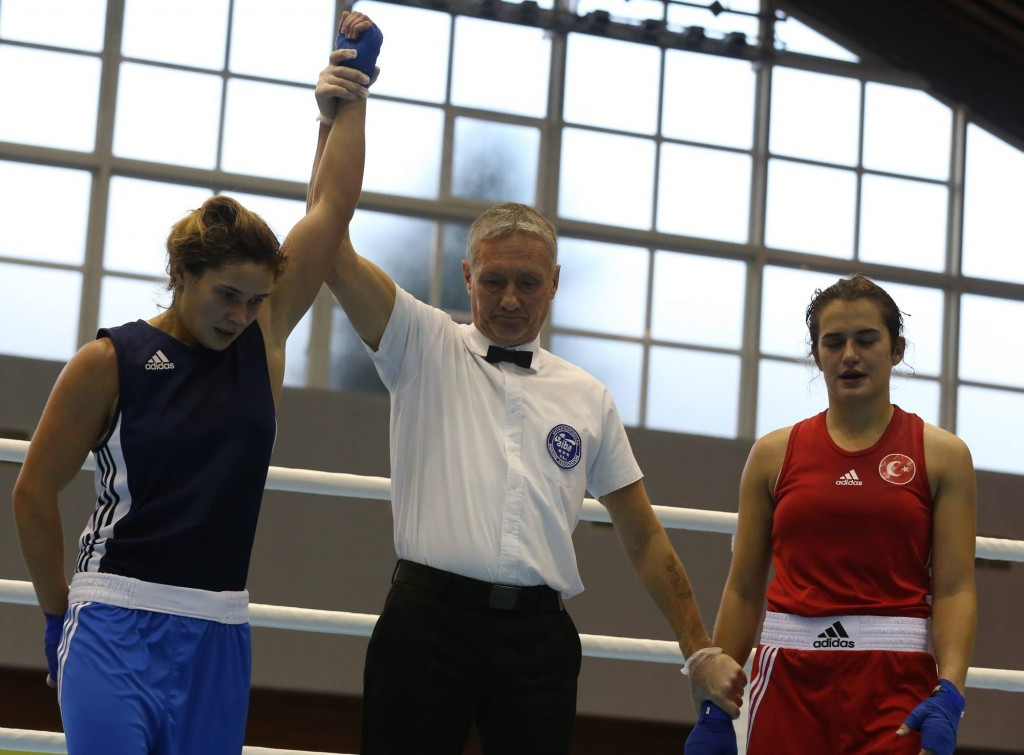 Eliseeva triumphed in the under-57 kilograms division with a 2-1 split decision over Turkish opponent Sati Burcu.

It added to a successful year in which she also claimed a bronze medal at the World Championships in Astana.

Team-mate Sevda Asenova secured gold in the opening bout of finals day in the under-48kg event with a 3-0 success over Lise Sandebjer of Sweden.

Another star was England's Natasha Gale, who defeated French opponent Maily Nicar 3-0 despite it being her major championship debut.

Other gold medals were secured by Elena Vystropova of Azerbaijan, who beat Turkey's Sama Galiskan 2-0 in the under 69kg event.