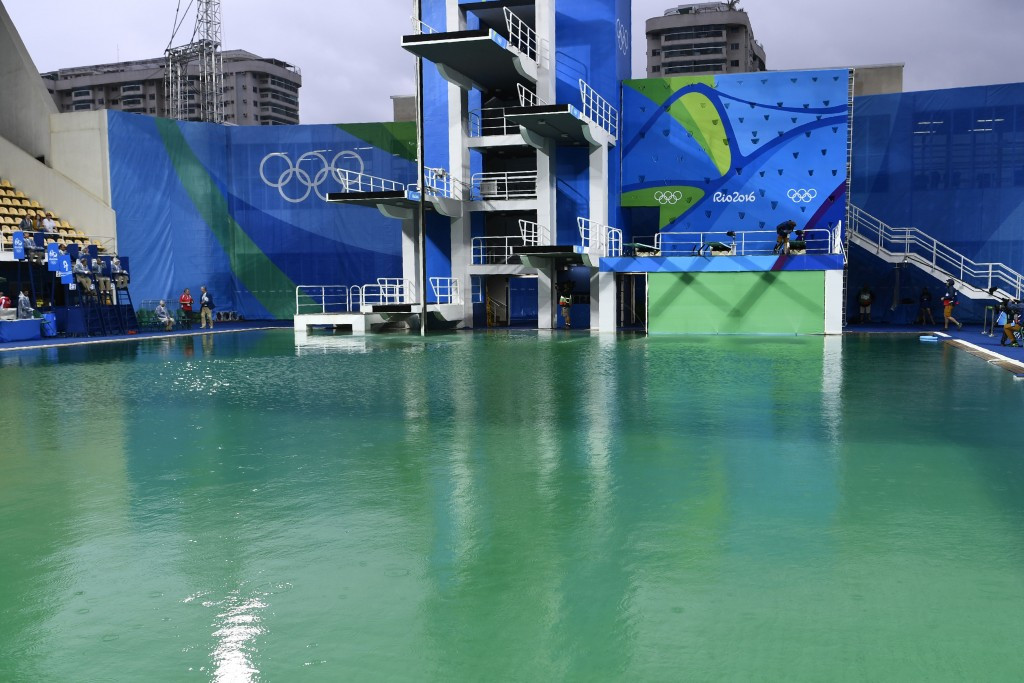 International Swimming Federation (FINA) President Julio Maglione has reportedly claimed the pool for Tokyo 2020 will not experience the same problems experienced at the Rio 2016 Olympic Games.

Construction of the swimming pool was hit by several setbacks in the build-up to Rio 2016, although it was not one of the worst effected venues by delays.

Organisers also suffered embarrassment when the diving pool at the Maria Lenk Aquatics Center turned green during the Games.

Brazilian officials claimed a contractor mistakenly dumped hydrogen peroxide into the pool, which reacted with the chlorine and changed the colour.

Maglione has played down any concern that Tokyo 2020 could experience similar problems to Rio 2016, with the FINA chief expressing his confidence in the Japanese organisers.

"I visited the place where they are beginning to build the new swimming pool and it will have all the requirements for an excellent championship because the last condition in Rio was different," Maglione said, according to Kyodo News.

"We are sure that it will be fine here."

Tokyo organisers are still debating whether the Olympic Aquatics Stadium should house 15,000 or 20,000 spectators, with concerns remaining over ballooning costs.

A Tokyo Metropolitan Government Task Force commissioned by the city's new governor, Yuriko Koike, proposed in September that venues for rowing and canoe sprint, volleyball and swimming be moved in order to avoid an overall budget rise to ¥3 trillion (£22 billion/$30 billion/€26 billion).

It was recommended that swimming take place at the existing Tatsumi International Swimming Center where water polo is currently scheduled to be held.

FINA executive director Cornel Marculescu called for Tokyo to stick with its plans during a visit to the city in October, where he met with Japan Swimming Federation President Tsuyoshi Aoki.

The proposed new Olympic Aquatics Stadium will be built in Koto Ward in the Tokyo Bay zone, in order to house swimming, diving and synchronised swimming competitions.

Other changes currently under consideration include a move of rowing and canoe sprint venues, 400 kilometres away to the Naganuma rowing course in Tome.