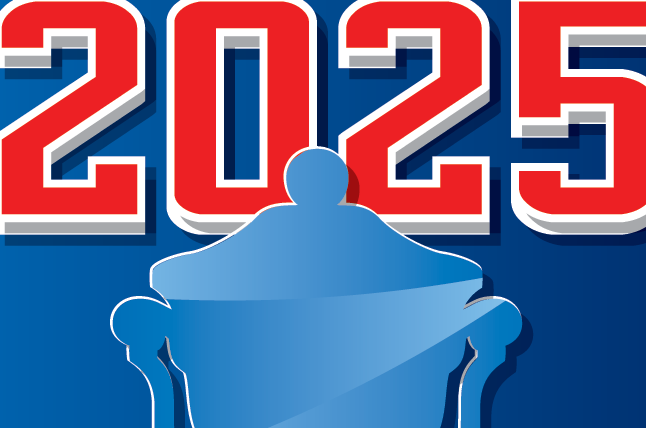 It comes after England were awarded the rights for the 2021 tournament last month, defeating a rival bid from the United States and Canada.

The North American bid, spearheaded by Moore Sports International, still received praise for its marketing, commercial support and innovation, as well as its support to extending the global reach of rugby league.

As a result, the RLIF Board decided to recommend to Congress that the two nations host the 2025 World Cup.

Congress has now endorsed this recommendation following a meeting in English city Liverpool.

Further evaluation and an inter-nations tournament between the 2021 and 2025 World Cups are the conditions of the award to North America, which has never staged the World Cup.

"The award of the 2025 World Cup to North America is a historic moment in the global development of rugby league," said RLIF chairman Nigel Wood, who was reelected for two more years during the Liverpool meeting.

"The USA and Canada provides world class stadia allied to a significant multicultural population which made the bid so persuasive.

"It is exciting that our sport is expanding into a new destination for our premier event the World Cup and we will work with our members in the USA and Canada and Moore Sports International to expand the presence of our sport in these countries during the lead in to the 2025 World Cup.

Elsewhere at the Congress, Australia's John Grant was re-elected as deputy chairman for two years.

The groups for next year's Women's World Cup, which will run alongside the men's tournament in Australia, were also decided.

The hosts will play in Pool A with England and the Cook Islands, with New Zealand, Papua New Guinea and Canada contesting Pool B.

The pool matches and semi-finals will played in the Southern Cross Group Stadium in Cronulla between November 16 and 26, with the final contested at Brisbane Stadium on December 2.

The top two in each pool will reach the last four, while men's matches will also take place in co-host nations New Zealand and Papua New Guinea.

In all 210 delegates attended the Congress, including Olympic gold medallists and industry experts.

It coincided with the Four Nations tournament, which concludes today with the final between New Zealand and Australia at Anfield, the home of Liverpool Football Club.

"The significant expansion of Congress delivered one of the key goals within our strategic plan, Global Conversion, to support members and to share best practice."

"To align this Congress with the final of the Four Nations enabled delegates to also experience rugby league in one of the world's most iconic stadiums.

"The decisions arising from our meetings in Liverpool have given fresh impetus to the global expansion of the sport and we look forward to an exciting year in 2017 with the World Cup less than a year away and tickets now on sale for the matches in Australia, New Zealand and Papua New Guinea."