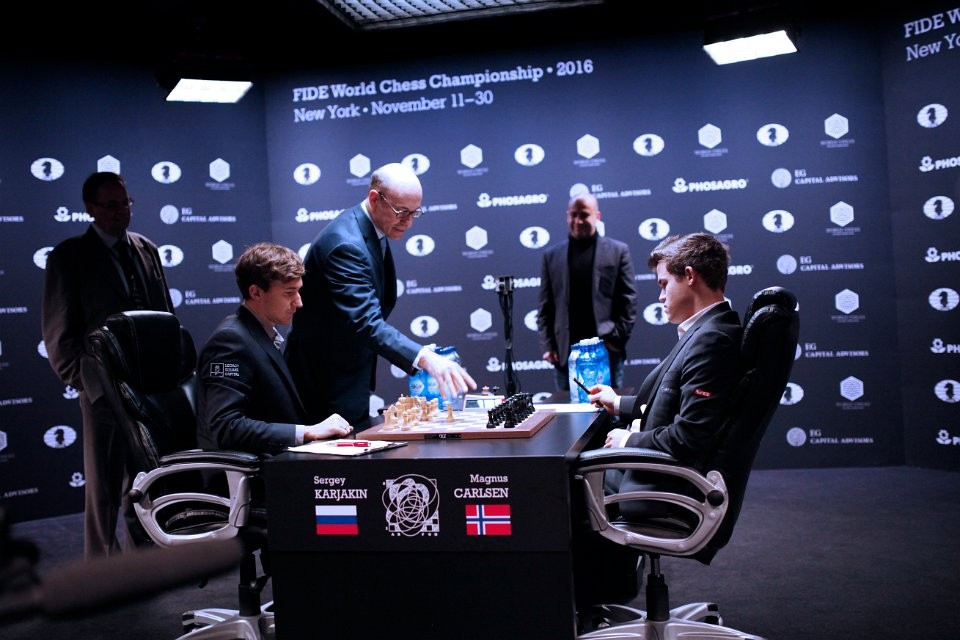 The opening six games of this year's World Chess Championship have now all been drawn following another stalemate between Norwegian champion Magnus Carlsen and Russian challenger Sergey Karjakin in New York City today.

Neither player has been able to force a victory so far with the 12-match series at the Fulton Market Building now at the halfway stage.

With each player earning half a point for each draw, the score in the final is now 3-3.

The situation is not unprecedented but it is unexpected, as Carlsen was widely tipped to defend his title and it is a surprise that he is winless at this stage.

Today's contest lacked the same tension and drama with both players agreeing to shake hands after just 32 moves and one-and-a-half hours of play.

It came as both Carlsen, playing with black, and Karjakin, using white, could see few chances of creating a winning position.

After a rest day tomorrow, game seven is due to be played on Sunday (November 20).

According to Russian news agency TASS, Russian Foreign Minister Sergei Lavrov and US Secretary of State John Kerry will discuss the issue.