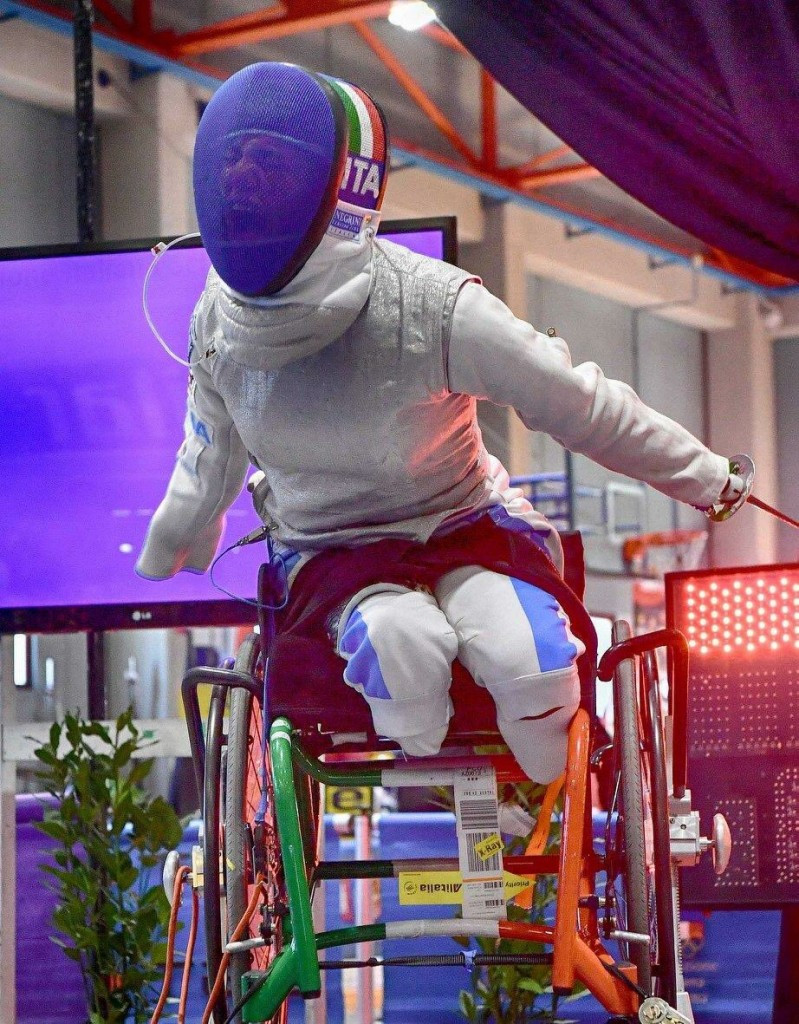 Beatrice Vio brought an incredible season to a close with victory in the foil category B event at the International Wheelchair and Amputee Sport Federation (IWAS) World Cup in Pisa in Italy.

The 19-year-old Italian cruised through the early rounds of the tournament on home soil before sealing gold with a 15-5 win over Russia’s Irina Mishurova in the competition's final.

The title is Vio’s fifth of the season, a tally which includes gold at the European Championships and the title at the Rio 2016 Paralympic Games in September.

Her success in Pisa means Vio has suffered just one defeat in the last two seasons.

Her only loss came in the epee category B final at the World Cup in Poland's capital of Warsaw, where a 15-13 defeat to Russia’s Viktoria Boykova brought a run of 11 consecutive titles to an end.

Vio finally got her hands on the Paralympic title she so desperately craved as she reigned supreme in the women's individual foil category B event in Rio de Janeiro.

After being too young to compete at London 2012, the overwhelming favourite and world number one triumphed over China's Zhou Jingjing, winner of the women's individual épée category B crown in Rio, 15-7.

Alberto Pellegrini was the winner in the category A competition, beating compatriot Edoardo Giordan 15-8 in the final.

Alessio Sarri then gave the home supporters even more to cheer about, beating Russia’s Albert Kamalov 15-6 to win gold in the sabre category B final.

Italy’s Andreea Mogos almost made it a clean sweep for Italy in the sabre events but was eventually beaten 15-13 by Hungary’s Amarilla Veres in a close women’s mixed category final.

Coutya was the favourite for the men’s foil category B title as well, but was defeated in the semi-final by Poland’s eventual winner Jacek Gaworski, who beat Russian Albert Kamalov 15-13 to seal victory.

At the end of a nail-biting encounter, Vasileva landed the crucial hit to win, 15-14.

The men’s event saw another all-Russian final with Artur Yusupov sealing a surprise win against European champion Maxim Shaburov, while Yuliya Efimova prevented Hungary’s Amarilla Veres from adding another women's title to her sabre gold with a 15-8 win.