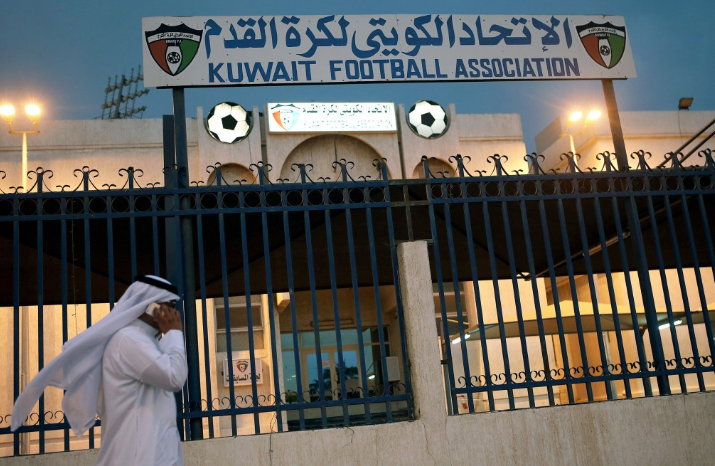 Football's world governing body FIFA has joined the International Olympic Committee (IOC) in threatening to seek damages against Kuwait authorities as a sporting and Governmental dispute in the country continues to intensify.

Kuwait remains ostracised from international sport after a new law led to the dissolution of existing bodies including the Kuwait Olympic Committee (KOC) and the Kuwait Football Association (KFA), and their replacement with Government-backed rivals.

She also criticised the holding of an Extraordinary General Assembly yesterday where, insidethegames has been told, the membership of two football clubs was cancelled and another one was added in what has been interpreted as an attempt to control the voting power of the organisation.

This violates FIFA Statute requirements for independence, Samoura warned, before threatening to pursue damages in response to alleged "illegal acts".

"FIFA continues to exclusively recognise the current President of the KFA, Sheikh Talal Fahad AI-Sabah, and the current secretary general, Saho AI-Shammari, as the duly elected and, respectively, authorised representatives of the KFA notwithstanding its current suspension by FIFA," the Senegalese official writes in a letter seen by insidethegames.

"Furthermore, we reiterate that we recognise aII current members of the KFA as being duly affiliated to the KFA.

"FIFA will not accept any of its members to establish contact or sporting relations with the Government-appointed officials who claim to be representing the KFA.

"Moreover, FIFA will not recognise any action or decision taken by the Government authorities or by the appointed "Interim Committee" in contradiction to the FIFA, Asian Football Confederation or KFA Statutes.

"PIease be informed that FIFA hereby reserves all its rights to take any action against all those who have been involved in any way, directly or indirectly, in the establishment as well as any other activities of the "interim committee" in violation of the FIFA Statutes.

"This includes all claims for the consequences of any damages resulting from your illegal acts."

Kuwait was suspended from the IOC last year and barred from this year's Olympic Games in Rio de Janeiro due to Government interference.

A new sports law granted by the Sports Ministry, with the power to take over all sports bodies and National Federations, as well as being able to control decisions including appointments and financial matters, prompted the sanction.

Since then, relations have deteriorated, with raids carried-out on the KFA headquarters building when it was still led by Sheikh Talal in August.

The KOC was also dissolved and replaced with a rival body led by Sheikh Fahad Jaber Al-Sabah.

Legal action was threatened by the IOC last week against the body for an alleged violation of their branding rules.

Kuwait then lodged a $1 billion (£804 million/€916 million) lawsuit against the IOC in the Lausanne Civil Court for suspending the country.

The interim football officials are thought to be close to Kuwaiti Minister of State for Youth Affairs, Sheikh Salman al-Humoud Al-Sabah.

His personal feud with his cousin, FIFA Executive Committee member and Association of National Olympic Committees President, Sheikh Ahmad Al-Fahad Al-Sabah, is thought to be at the centre of the conflict.

Sheikh Salman resigned as head of the Asian Shooting Confederation after standing unsuccessfully against Mexico's Olegario Vazquez Raña to become head of the International Shooting Sport Federation in 2014, an election he lost by 165 votes to 128.

He blamed Sheikh Ahmad for his defeat after it was alleged beforehand that he used his Government position to illegally collect votes.