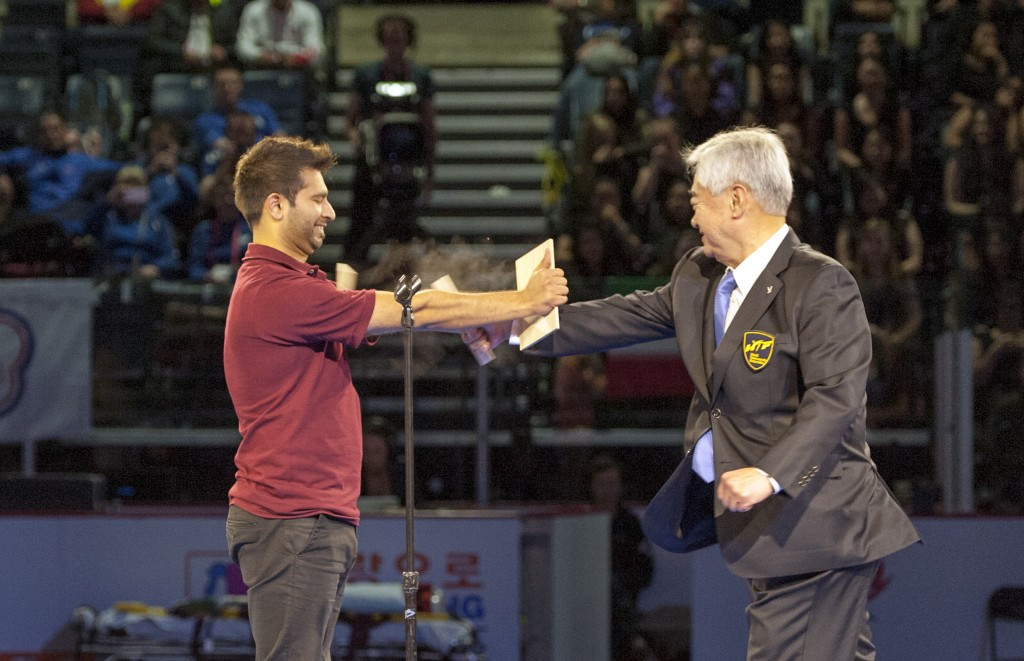 Jae-hee Mok and Jun-seo Bae secured a pair of gold medals for South Korea on the first day of competition at the World Taekwondo Federation (WTF) World Junior Championships in Burnaby in Canada today.

The Championships, for athletes aged between 15 and 17, is taking place at Burnaby’s Bill Copeland Sports Centre with 846 competitors and 458 officials registered to take part.

Cheng Chun Chang of Chinese Taipei took on Bae in the final.

After a nervy opening round the score was level at 0-0 before Bae posted three points in the second with a fast and perfectly aimed combination of body kicks.

Bae then extended his lead in the third period, going four, then five points up handing him the gold medal and leaving Chang with silver.

The bronze medals were shared by Ayaz Ganbarli of Azerbaijan and Yutthaya Khongkraphan of Thailand.

Jae-hee Mok then went in search of a second South Korean gold medal as he faced Saran Tangchatkaew of Thailand in the final of the under 48kg event.

In round one, Mok scored to the body almost immediately, going one point up before doubling his lead to go two ahead.

The Korean then appeared to land a face kick and, following an appeal from his coach, was rewarded.

Following a scoreless second round, Mok went nine ahead before he landed another kick to Tangchatkaw’s face, ending the match 12-0 on point difference.

Elsewhere on the first day of action, gold medals were also awarded in two women's divisions.

The bronze medals went to Sofia Zampetti of Italy and Karina Ushakova of Russia.

In the women's under 44kg category finals, Maria Calderon of Costa Rica took on Thi Kim Ngan Ho of Vietnam in the final.

Ho lost two points for falling twice in the dying seconds but the Vietnamese competitor still took the gold medal with a score of 5-2.

Before the finals, there was an Opening Ceremony that featured an honour guard from the Royal Canadian Mounted Police and was themed after the "diversity and multiculturalism that defines both the city of Burnaby and the WTF".

It also featured a local choir, a native Canadian wolf dance group, highland pipes and drums, and a drum, dance and taekwondo performance.