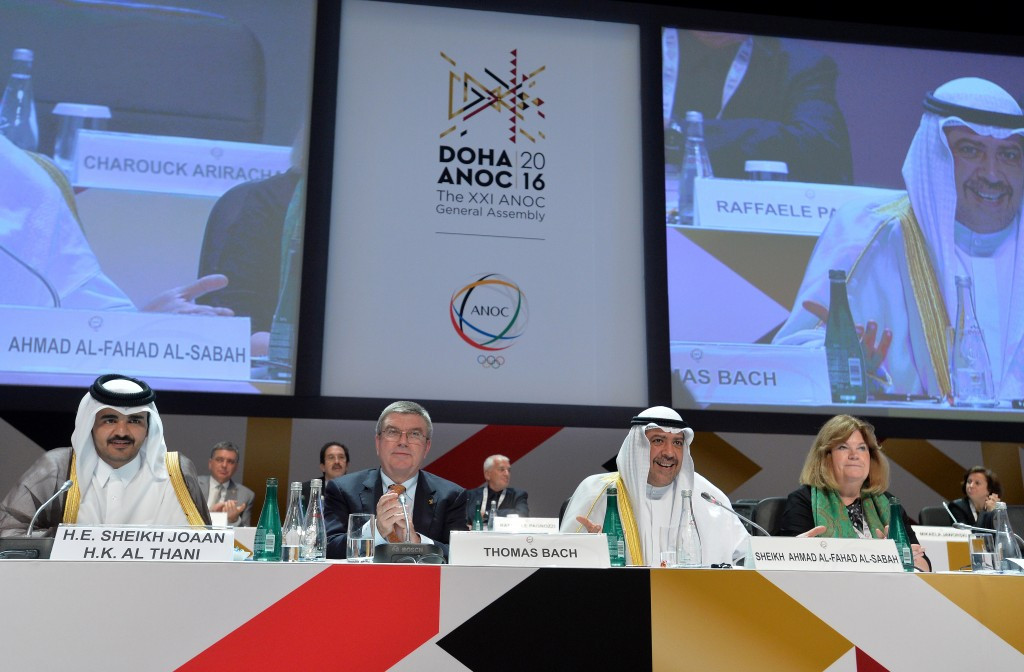 Embarrassment over anti-doping issues for the hosts of this week’s Association of National Olympic Committees (ANOC) General Assembly in Doha deepened today with the news that Qatar’s Asian 1500 metres champion Mohammed Al-Garni has received a four-year ban.

Al-Garni is among 33 doping suspensions confirmed in an International Association of Athletics Federations’ newsletter released today, just two days after the World Anti-Doping Agency announced - on the eve of the General Assembly - that Doha Doping Analysis Laboratory would be suspended for four months because it had failed to meet required standards.

The 24-year-old Moroccan-born athlete, a semi-finalist in the Olympics at London 2012, was sanctioned for refusing to submit to a doping control in Ifrane on April 9 this year.

Al-Garni has dominated Asian competition in the last three years, winning seven gold medals in outdoor and indoor competition, including the 1500 and 3,000m titles at this year’s Asian Indoor Championships in Doha.

Eight Russian athletes are in the list, including five race walkers banned for four years following out of competition tests in Saransk on June 2 last year.

There are six Indian athletes included and five from Morocco.

There is confirmation too of the two-year ban for United States sprinter Trell Kimmons following his positive test at this year’s National Indoor Championships in Portland.