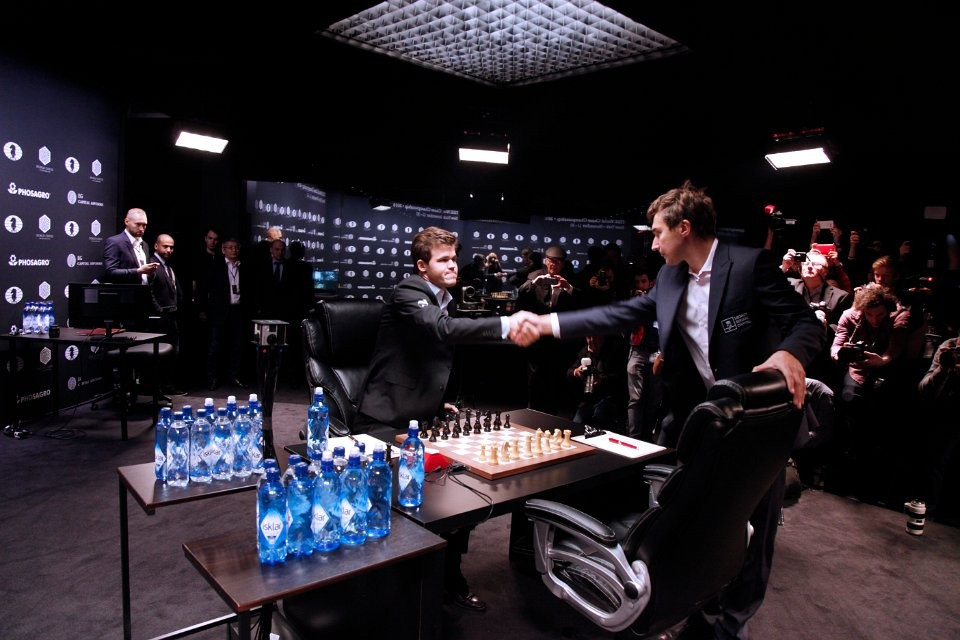 The fourth game of this year's World Chess Championship ended in another draw after six-and-a-half hours of play in New York City.

Neither Norway's champion Magnus Carlsen or Russian challenger Sergey Karjakin have been able to force a victory so far at the Fulton Market Building with the 12-game series now tied at 2-2.

As with game three yesterday, Carlsen was left frustrated as he could not convert a strong position into a win as the Russian demonstrated trademark strong defence.

Carlsen, playing with black, looked like he had a clear path to victory at one stage but Karjakin, who made some early mistakes, developed a "fortress" to keep him at bay.

The Norwegian tried for 50 moves to break down his opponent but the Russian held firm.

After 94 moves and more than six hours of action, the Norwegian reluctantly agreed to the stalemate.

Carlsen was visibly frustrated afterwards with Karjakin a picture of relief.

Game five will take place on Thursday (November 17) after a rest day tomorrow.