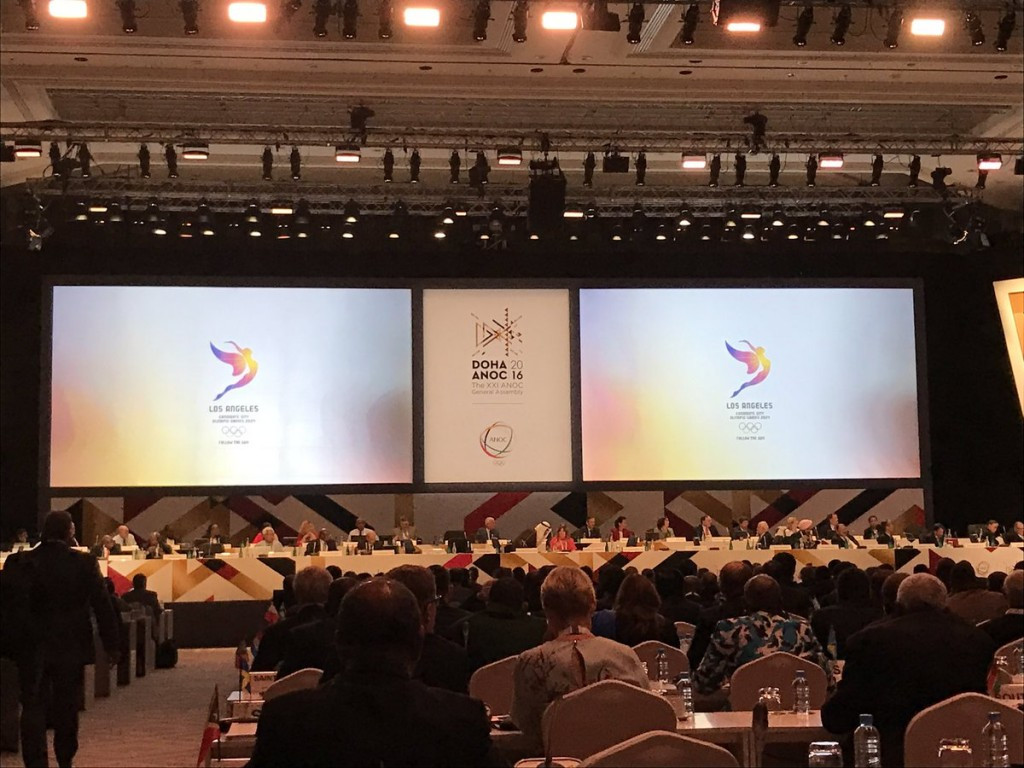 A line-up of speakers also including Los Angeles Mayor Eric Garcetti emphasised how the Californian city would be an exciting and innovative but also a reliable choice.

But it was Felix, winner of more gold medals than any female athletics competitor in history, who delivered the most telling blow in the first international presentation given by any of the three 2024 bidders.

"America is diverse," she said.

"We are a nation of people whose descendants came from all over the world for a better life.

"But we’re also a nation with individuals like me, descendants of people who came to America, not of their own free will, but against it.

"But we’re not a nation that clings to our past, no matter how glorious - or how painful.

"Americans rush towards the future.

"We just finished our Presidential election, and some of you may question America’s commitment to its founding principles.

"I have one message for you: Please don't doubt us.

"America’s diversity is our greatest strength."

Given the presence of staunch Democrats in Garcetti and bid leader Casey Wassermann in the line-up, getting political novice Felix to address the question of Republican Donald Trump’s election was something of a masterstroke.

It is an issue that has dominated conversations here over the last few days, but Felix provided a reminder that the Olympics is, first and foremost, a sporting event.

Prioritising the "athlete experience" was a key issue for Los Angeles, but it was their messages conveying technological and financial prowess which are likely to have resonated best with assembled delegates from the Association of National Olympic Committees (ANOC).

Wassermann highlighted how "our goal is to re-imagine a Games model that will do three things".

"Use high tech to redefine sustainability, use innovation to minimise risk and use creativity to engage the global youth audience," he said.

"If you think about it, each Olympic and Paralympic Games is a five billion dollar start up.

Garcetti spoke enthusiastically about how his love of sport began as a 13-year-old growing up during the 1984 Olympic Games.

He also outlined how his city "has bid for the Olympics more times than any other in the world".

Vice-chair and four-time Olympic swimming champion Janet Evans, speaking first, also pledged to work with ANOC and the International Olympic Committee (IOC) to develop "an Olympic Village Council to ensure your valuable input in our plans".

Los Angeles is locked in a three-horse race with European rivals Budapest and Paris.

A decision will be made on September 13 at the International Olympic Committee (IOC) Session in Lima.