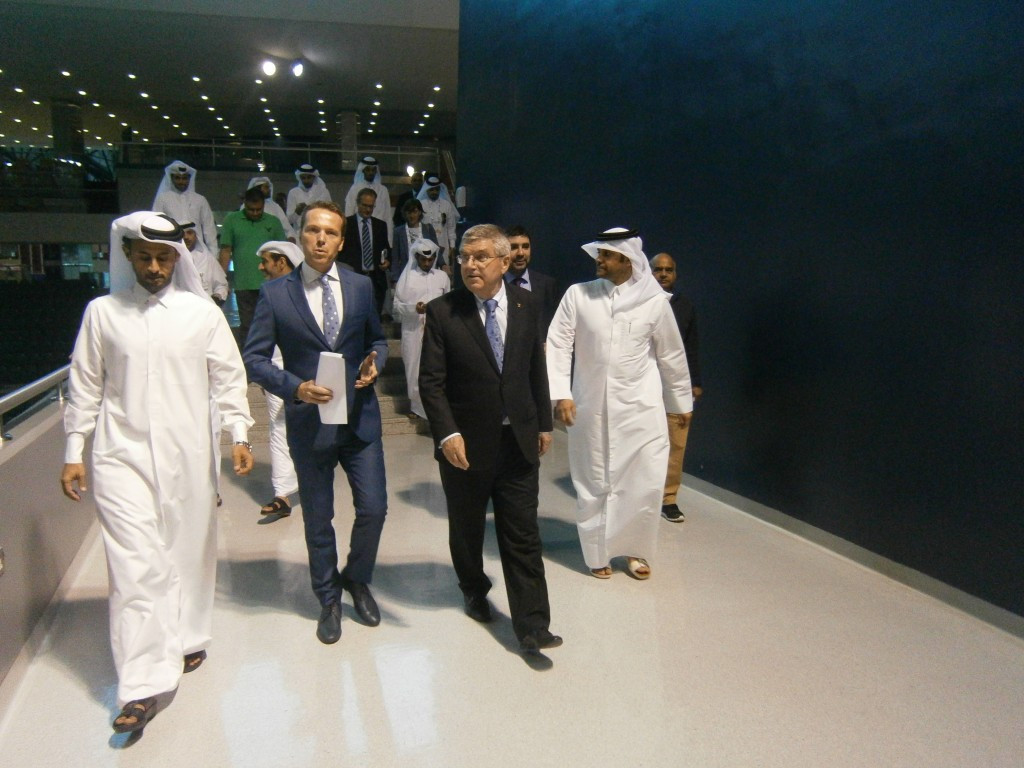 International Olympic Committee (IOC) President Thomas Bach has claimed he could imagine Qatar as a candidate for a future Olympic and Paralympic Games.

The Gulf State put forward Doha as a candidate for the 2016 and 2020 Olympic Games but on each occasion failed to even make the shortlist.

The events were awarded to Rio de Janeiro and Tokyo respectively.

Bach made the claim on a visit to the Aspire Academy in the country’s capital today on the eve of the Association of National Olympic Committees (ANOC) General Assembly, due to begin here tomorrow.

"This is up to Qatar to be a candidate for the Olympic Games," Bach said.

"We have now the procedure underway for the next editions of the Olympic Games.

"But, one day, I can imagine Qatar will be a candidate for hosting the Olympic Games."

The country has also secured the rights to stage the 2019 World Athletics Championships and, most controversially, the 2022 FIFA World Cup.

Their preparations for the World Cup have been the focus of international attention, with concerns over the rights of workers expressed by Amnesty International following several deaths and alleged poor conditions.

Despite being open to the possibility of an Olympic bid from Qatar during his visit to the Aspire Academy, located in the shadow of one of the more controversial World Cup venues, the Khalifa Stadium, Bach insisted the IOC were focused on the 2024 race.

"This is too early to speculate about the Olympic Games in Qatar," he claimed.

"The procedure is underway for 2024 and this is what we are focused on and not speculating about the Olympic Games of the future."

Bach was visiting the state-of-the-art Aspire Academy for the first time in two years, which includes a range of facilities, including an indoor swimming pool and high performance football centre.

A sports medicine centre is also located on site, with the facility housing medical teams from a variety of clubs and sport federations.

Four athletes who are alumni of the Academy competed at the Olympic Games, including Rio 2016 high jump silver medallist Mutaz Barshim.

"It is always impressive to see Aspire Academy and I have not been here for two years, but you see further progress," Bach added.

"It is really a benchmark for the world of sport of what is happening here for the training of athletes and also for education and scientific facilities are really remarkable."