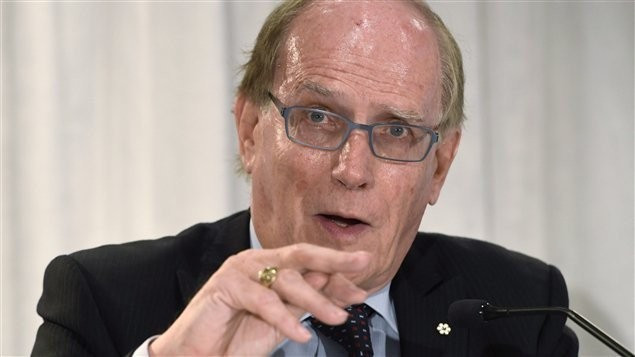 An extra $500,000 (£396,000/€460,000) funding will be given to the World Anti-Doping Agency (WADA) by the International Olympic Committee (IOC) as long as Richard McLaren cooperates with their investigations into Russian doping, insidethegames can reveal.

The money, to be given to WADA's special investigations fund, has been awarded with the caveat that a "detailed breakdown of costs for the McLaren Report is received by the IOC" and "Professor McLaren actively cooperates with the Canivet and Oswald Commissions".

IOC director general Christophe de Kepper claimed, in a note circulated to IOC members and seen by insidethegames, following the Executive Board in Lausanne on Thursday (November 10), that cooperation with the WADA-commissioned investigation has been made "more difficult" by the anticipated release date having been pushed back until mid-December.

McLaren, a Canadian lawyer, is exploring allegations that Russia operated a state-sponsored doping system at Sochi 2014 in which tainted samples were illegally switched for clean ones.

He has so far refused to share his findings with the IOC.

It is claimed similar systems were also implemented at other events involving Summer and Winter Olympic and Paralympic sport.

"IOC Director General Christophe De Kepper gave an update on the progress of the Canivet and Oswald Commissions looking respectively into the alleged Government-sponsored system of doping in Russia and the question of doping or manipulation of samples concerning the Russian athletes at the Olympic Games Sochi 2014," the letter to the IOC membership revealed.

"He said that, as the work of both Commissions is dependent on the findings of the McLaren Report, both Commission chairs require the close cooperation with Professor McLaren, whose own report’s release date has been postponed several times, which makes cooperation more difficult.

"Following this update, the Executive Board agreed to the request from the WADA President asking the IOC to match the Governments’ contributions of $500,000 to WADA’s special investigations fund, on the condition that a detailed breakdown of costs for the McLaren Report is received by the IOC and that Professor McLaren actively cooperates with the Canivet and Oswald Commissions."

At present, the sports movement and international Governments’ collectively spend close to $30 million (£23 million/€27 million) on a 50-50 basis.

The IOC had rejected WADA's call for a blanket Russian ban from Rio 2016, which President Thomas Bach had claimed was the "nuclear option".

The IOC instead handed responsibility to International Federations to make decisions about their specific sport and whether Russians should be allowed to compete at Rio 2016.

Since then there have been discussions about reforming the global anti-doping system.

The IOC Executive Board last month also "unanimously approved the recommendations of the last Olympic Summit with regard to reforming the WADA anti-doping system".

This included a consultancy service for former Russian Anti-Doping Agency employee Vitaly and a scholarship for middle distance runner Yuliya to use towards her training.