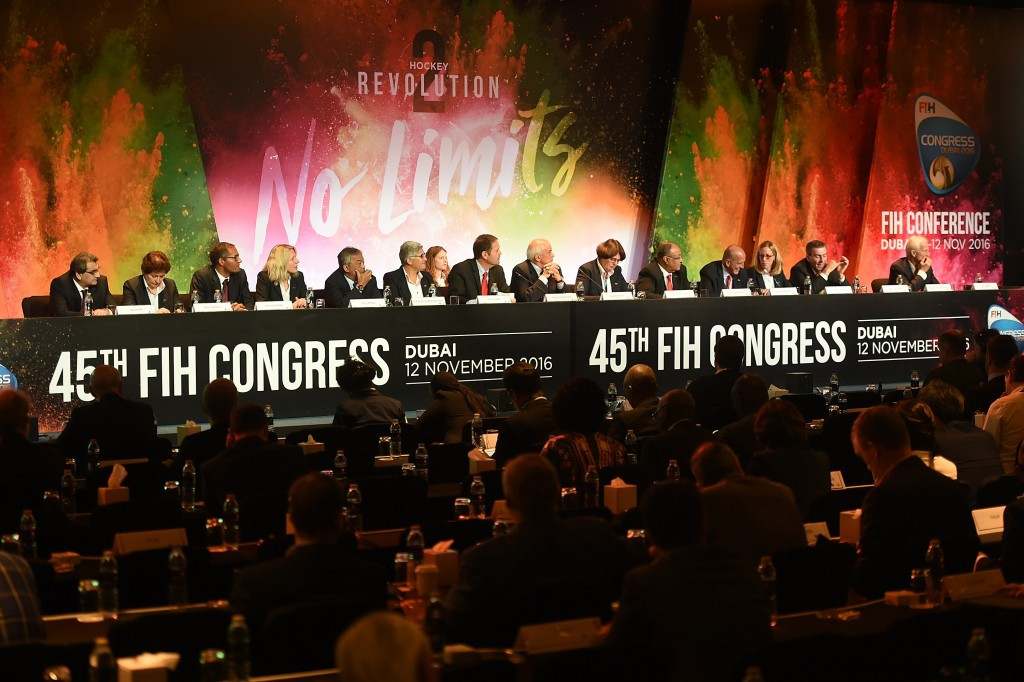 A total of five nations were granted full membership of the International Hockey Federation (FIH) at the governing body’s Congress here today but Azerbaijan were suspended after failing to pay compensation for not turning up to an Olympic qualification event last year.

The FIH electorate also gave the green light to the Executive Board’s proposal to increase their gender equality by installing the same number of male and female members on the ruling body.

It was decided that four male and four female representatives should make up the ordinary members of the Board - those who are not the President, chief executive, heads of Continental Federations or an athlete representative and who are instead elected by the Congress.

The move comes as part of the FIH’s "gender amazing" campaign, which aims to improve gender equality across all their competitions and governance.

Azerbaijan’s suspension was ratified by Congress after they failed to attend an important women’s Hockey World League Semi-Final event in Antwerp in June.

They were replaced by France, who agreed to take their place at short notice.

In April of this year, the FIH Executive Board proposed the Azerbaijan Hockey Federation be suspended on the grounds that it "neglected or compromised" the FIH.

The FIH also gave them the chance to plead their case to the Congress today but they declined to attend the biennial gathering.

Seven nations voted against the motion, with the majority going with the choice of the Executive Board.

The decision means they will be unable to compete in major competitions and they will not be reinstated until they pay the money owed to the FIH.

Bolivia, Burkina Faso, Swaziland, Nicaragua and Colombia became the five new additions to the FIH after their respective additions to the organisation were rubber-stamped by those in attendance here.

It brought the number of member associations within the FIH to 137.

The development comes amid plans from the FIH to expand the membership to 152 by 2024.

The FIH claim this is a result of "substantial development of the sport in those nations in recent years" and all five were given immediate voting rights, meaning they could cast their vote in the afternoon’s Presidential Election, won by India’s Narinder Batra.

"Each of them are fully engaged with our 10-year Hockey Revolution strategy and as such are helping us achieve our aim of making hockey a global game that inspires the next generation," Leandro Negre, chairing his final Congress as FIH President, said.

"Hockey certainly has an exciting future with more and more nations engaging with our sport as it continues to grow.”