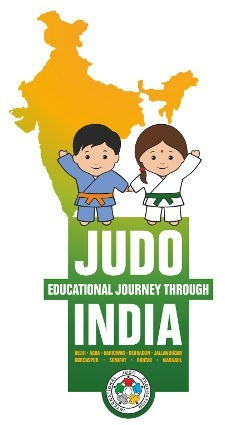 The International Judo Federation (IJF) has released the eighth episode of the "Judo for the World" video series, which focuses on how the sport has changed and impacted the lives of people in India.

For two weeks, the IJF visited nine cities in the north of the country where 16 sessions were held and more than 3,000 young judoka were involved.

Ungvari Miklos, a London 2012 Olympic silver medallist for Hungary in the 66 kilogram class, was one of the guests invited on the tour.

"Following a lifetime on the tatami, I have come to India to give back and meet the local people who share the values of judo," said Miklos.

"It was an honour for me to come on this wonderful journey."

The first written reference in the Kodokan, the headquarters of the worldwide judo community, says that judo began in India in 1929 when Gurudev Ravinder Nath Tagore arranged demonstrations and coaching of the sport at Shantiniketan.

This formed a special poem on Judo, written by India's Gurudev Ravindernath Tagore, the literature Nobel Prize winner in 1913.

The formation of the Judo Federation of India in 1965 accelerated the growth of the domestic scene while, during the same year, the IJF gave the Indian Federation full membership as the first Indian National Judo Championship was held at Hyderabad in 1966.

“We wish to promote the educational and philosophical values of judo as this was the vision of judo founder Kano Jigoro Shihan, the founder of Judo," added IJF President Marius Vizer.

"Following successful editions of Judo Educational Tours in China, Canada and earlier this year in Australia, IJF experts visited India to make a journey in the country which undoubtedly has tremendous potential in judo.

"The IJF delegation of experts once again targeted the young generations while local champions were involved to initiate projects such as Judo for Children and Judo at School as well as Judo for Peace."

In 2015 the IJF launched its series of short movies to illustrate how judo can change the lives of young people around the globe.

Focusing on the educational dimension of the sport, the series features children and young adults as well as big names of the sport, whose lives has been deeply impacted by judo.

The film based in Japan was a nominee and finalist at the Sportel Awards in Monaco last month.