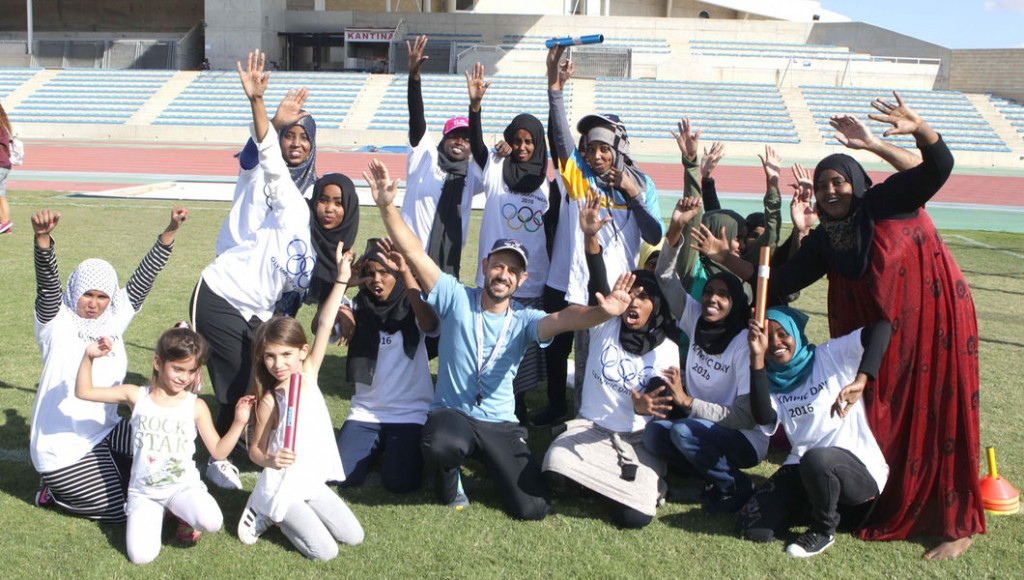 The Cyprus Olympic Committee (COC) held a sports induction day for young refugees between the ages of 13 and 18.

The day, which received support from a number of Cyprus' sporting governing bodies, provided the attendees with a chance to try a number of sports including table tennis, judo, taekwondo, wrestling, basketball, athletics and football.

The number of sporting initiatives being launched for refugees continues to grow following the decision by the International Olympic Committee to create a Refugee Olympic Team for the Rio 2016 Games.

Before taking their seats to watch a friendly football match in capital Nicosia, the youngsters had the chance to take part in activities and induction sessions in the sports, thanks to support from five sports federations and the national football and athletics teams.

"It was a particularly enriching experience for all of us," said COC President Dinos Michaelides.

"The sheer joy, the obvious happiness that lit up the faces of the children really brought home what this day was all about.

"Interacting with these youngsters and integrating them into Cypriot society is a vital issue, and we hope that, in organising this event, we’ve taken a small step in that direction.

"We’re going to do our best to encourage these young people not to give up their sporting dreams and help them try to build a better life through sport."

The COC is now planning to organise similar events and invite Tegla Loroupe, the Chef de Mission of the Refugee Olympic Team, to visit schools and federations around the country.

It is hoped that this will "spread the message of friendship, respect and excellence".