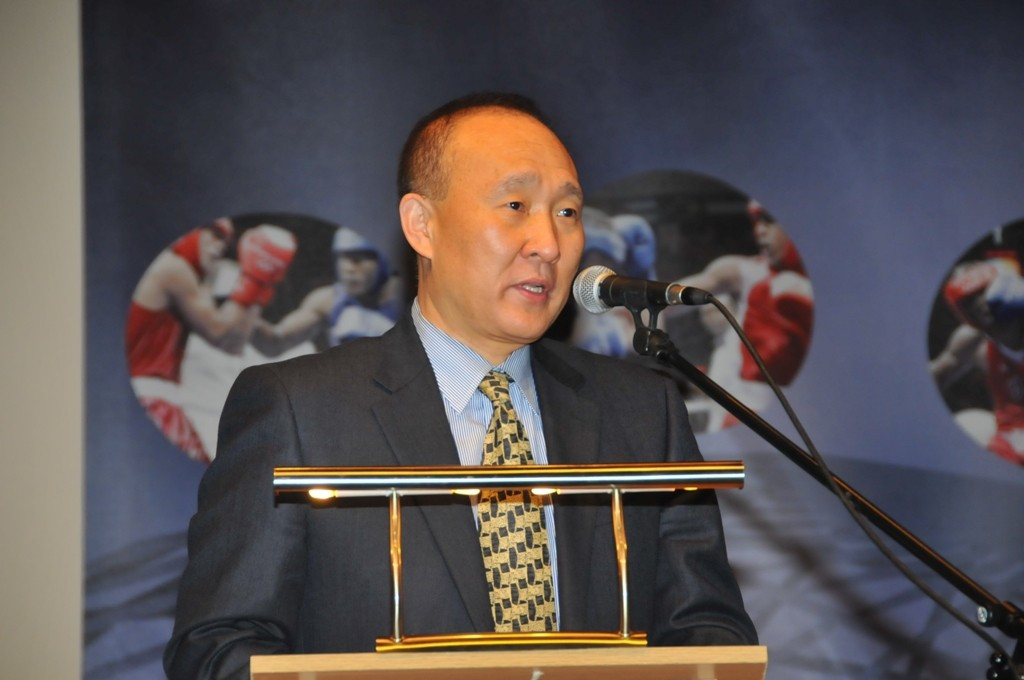 The International Boxing Association (AIBA) plans to pursue criminal charges against its former executive director Ho Kim as part of an ongoing investigation surrounding money allegedly having disappeared from their accounts.

According to the New York Times, a study undertaken by PricewaterhouseCoopers (PwC) could not account for almost half of a $10 million (£8 million/€9 million) loan allocated in 2010 by Baku-based Benkons MMC conglomerate.

PwC's report, commissioned by AIBA President C K Wu in June 2015 following a request from the International Olympic Committee (IOC) to comply with good governance standards, has not been published.

It was reportedly completed a year ago.

AIBA admit the existence of the loan but claim not to have released the PwC report because it did not interview Kim.

They blame the official, who was fired from his position and replaced by deputy Karim Bouzidi in June 2015, with "entirely managing" the Swiss-based beneficiary company, World Series of Boxing (WSB) America Operations Ltd.

It is claimed that Wu and other leading AIBA officials were not aware that the money had disappeared.

"President Wu is determined to obtain justice for AIBA and to take all necessary measures for that purpose," AIBA told insidethegames here today.

"As a victim of a financial and reputation damage, AIBA will press charges against Mr. Ho Kim with an aim to launch a criminal investigation, which will cast full light on the facts, which will determine if criminal activities were perpetrated to the detriment of AIBA in connection with the Azeri loan, and, eventually, which will serve to recover the damages suffered.

"We remind that Mr. Kim signed alone the first Memorandum of Understanding that eventually led to the loan.

"This loan was arranged for a separate legal entity from AIBA, WSB America Operations SA, which was operated solely by Mr. Kim as unique Board member of said legal entity.

"It will be for the Justice to determine any potential criminal or civil liability."

Kim, however, claimed he was following Wu's orders.

"He is not the person to sign any contract without understanding the terms and conditions," the South Korean told the New York Times.

"When the investment funds were sent to the USA he approved all transfers.

"He does not trust no one in regard to the finance matters."

AIBA also claim to be investigating "what appears to be a misuse of President Wu's signature" in a 2010 letter he supposedly wrote to Boxing Federation of Azerbaijan President Kamaladdin Heydarov.

It has been difficult year for AIBA, which included the suspension of all 36 referees and judges used at the Olympic Games in Rio de Janeiro.

Bantamweight world champion Michael Conlan of Ireland claimed amateur boxing "stinks from the core to the very top" after losing a quarter-final bout he appeared to have dominated against a Russian, Vladimir Nikitin.

Azerbaijan have won nine medals, including four gold, at the three AIBA World Championships since 2010.

"AIBA will not tolerate any interference with the field of play and in the face of the ongoing attacks from vested interests both with and without direct links to the organisation," AIBA told insidethegames.

"AIBA reiterates its unswerving commitment to the development of boxing using the most transparent and sustainable means possible, for the benefit of the entire boxing community."