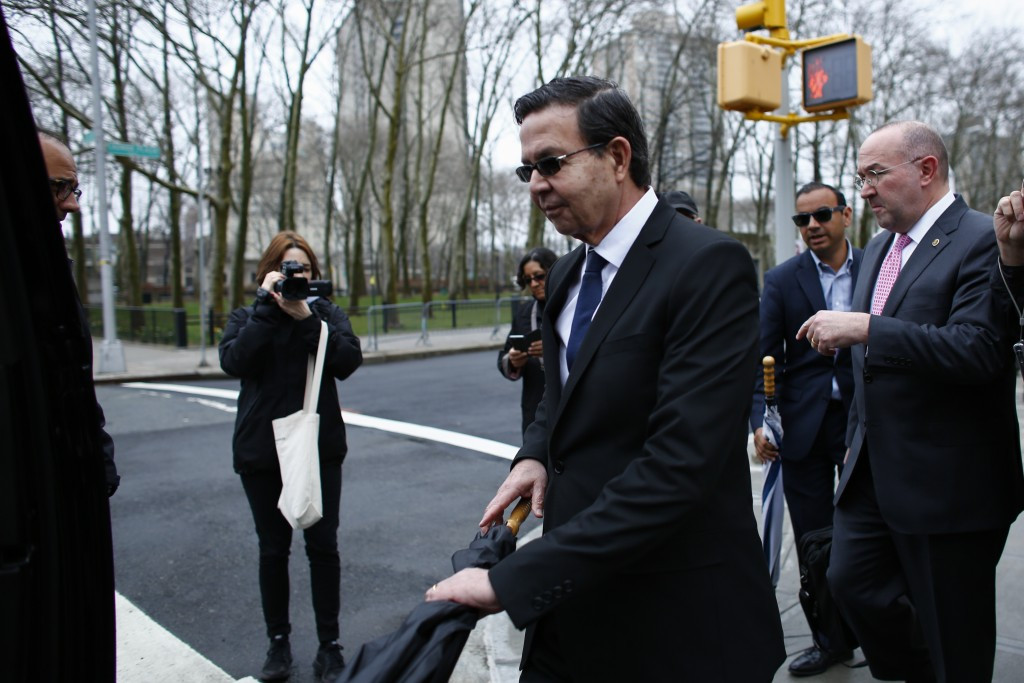 The Investigatory Chamber of the FIFA Ethics Committee has called for former Honduran President Rafael Callejas to be banned from all football related activity for life as part of the ongoing probe into alleged widespread corruption within the governing body.

Callejas, who served as the President of Honduras from 1990 to 1994 and led the National Autonomous Federation of Football of Honduras (FENAFUTH) for 13 years, pleaded guilty to charges of racketeering conspiracy and wire fraud conspiracy at the Federal Court in Brooklyn on March 28.

A report into the activities of the 72-year-old by the Investigatory Chamber, chaired by Cornel Borbély, concluded that he allegedly committed several breaches of FIFA’s ethics code - general conduct, loyalty, duty of disclosure, co-operation and reporting, conflicts of interest and bribery and corruption.

The case will now be passed on to the Adjudicatory Chamber, who are likely to side with their investigatory counterparts as Callejas has already admitted taking bribes in connection with the awarding of media and marketing rights for FIFA World Cup qualifying matches.

Callejas is facing an extensive term behind bars as each count against him carries a maximum penalty of 20 years in prison.

The former FIFA Marketing and Television Committee member was originally due to be sentenced in August before a decision on his fate was pushed back until January 2017 at the earliest.

According to the indictment, Callejas took bribes from Media World, an affiliate of Spain's Imagina Group based in Florida, in return for giving the company the rights to qualifiers for the 2014, 2018 and 2022 tournaments.

The Honduran told the court he had accepted "hundreds of thousands" of dollars, a large amount of which was used to ensure he kept his role as President of FENAFUTH.

Callejas was one of 16 officials indicted by the American Department of Justice (DOJ) and agreed voluntarily to be extradited to the United States to face charges in December.

The Honduran had initially denied bribery charges at the Federal District Court in Brooklyn that same month.

He was then placed under house arrest pending another appearance in court.

The continuing criminal investigation largely centres on a total of $200 million (£161 million/€183 million) in bribes and kickbacks, which were solicited and received by various football officials concerning marketing and broadcast rights.