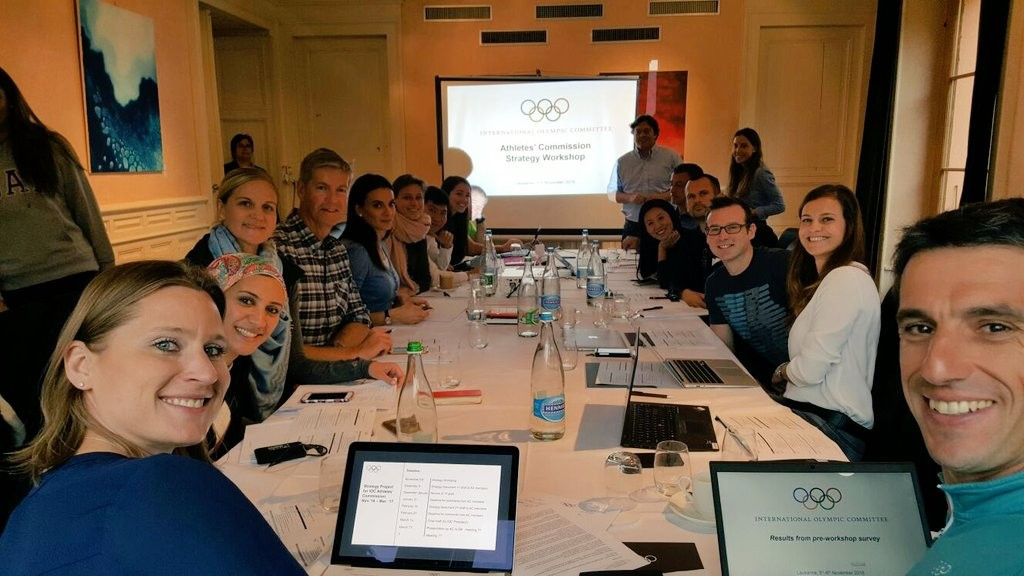 A "high level" review of the strategy of the International Olympic Committee (IOC) Athletes' Commission has begun to ensure the body can play a more active role in sporting affairs.

This follows a weekend of meetings here under the organisation's new chair, Angela Ruggiero.

The process, which Ruggiero aims to complete before the end of her term at Pyeongchang 2018, will seek to build the foundations of the body for the next eight years.

It will also allow them to make a more specific and public intervention on many of the issues of the day, including on anti-doping issues.

Former United States ice hockey star Ruggiero believes that, while predecessors including Claudia Bokel successfully pushed for better representation from athletes within sporting bodies, the time is now ripe for them to do more with their positions.

This formed the focus of a week of meetings here in which 16 of the 20 members were present.

Wickenheiser, Nehwal and Scola were all competing in or preparing for competitions, while Gyurta was a late withdrawal through illness.

Ten members are new on the Commission, with the seven of these who were present inducted this week.

Ruggiero, who is combining her role with her position as chief strategy officer for Los Angeles 2024, hopes to eventually produce a guiding document to be dictate their way forward.

She wants to get away from rhetoric on "giving athletes a voice" without defining what this "voice" is.

One aspect is a review of their communications strategy, being spearheaded by Slovakian shooter Danka Bartekova.

The organisations has been criticised for the quiet role it has taken in public in recent months as the IOC was lambasted for its response to the Russian doping crisis.

She claims they will now make public statements on issues, even if there is not a unanimous agreement within the Commission.

One example of this could relate to Therepeutic Use Exemptions (TUE) to use otherwise-banned products for medical reasons, she told insidethegames, following Russian criticism of their use.

It is unlikely the Commission would reach a unanimous viewpoint on any drugs-related issue given how new members include Russian pole vaulter Yelena Isinbayeva, a fierce defendent of Russia amid allegations of state-sponsored doping.

Others, however, have been highly critical of Russia, with Britain's Adam Pengilly the only IOC member not to publicly support the IOC Executive Board's decision not to hand the country a blanket-ban from Rio 2016.

Ruggiero, a member of the World Anti-Doping Agency Foundation Board, claims such diversity adds to the credibility of the organisation.

“This meeting is a turning point for the Commission, which has focused on having a seat at the table since its establishment 35 years ago," Ruggiero added.

"Now that we have it, we want to evaluate our priorities so we can build a bold vision for the future and make that seat really count for every Olympic athlete we represent."

All athletes with ideas are urged to contact the Commission with ideas, suggestions or comments via the “Olympic Athletes’ Hub” app, or by contacting the panel here.