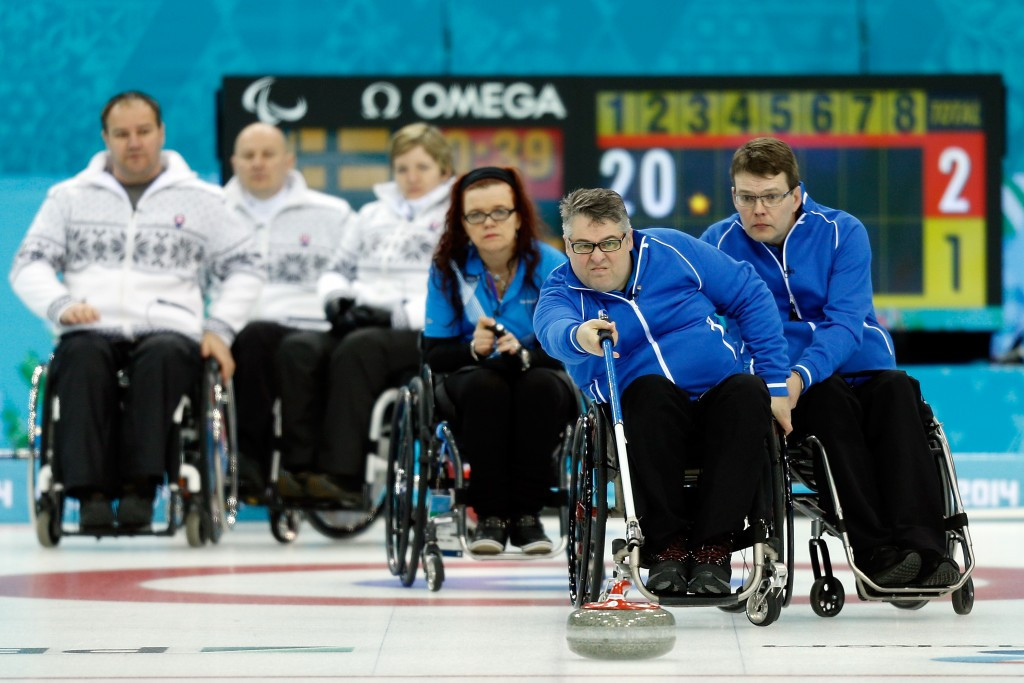 Hosts Finland suffered their first defeat at the World Wheelchair-B Curling Championships as the top of the Pool B standings tightened at the Kisakallio Sports Institute in Lohja.

The Finnish team began the day with a 100 per cent record from their first three matches and extended their run when they defeated Latvia 12-6.

They were involved in a highly competitive match against Estonia, who had emerged as 17-4 winners against Chinese Taipei in their first match of the day.

Home fans were to be left disappointed when Finland found themselves on the wrong end of a 6-5 final scoreline.

The result sees Finland and Estonia have an identical record of four wins and one defeat.

Poland are also level with their rivals after they bounced back from a 10-1 loss to Denmark by beating Japan 7-6.

The loss sees Japan lie fourth in the standings and will place pressure on them to earn victories in their final two pool matches to stand a chance of progressing.

Scotland and Slovakia continue to lead Pool A after they triumphed in their only matches of the day, leaving the teams with four wins from their first five games.

Slovakia were 9-2 victors against England and Scotland overcame the challenge of Sweden by winning 7-3.

At the conclusion of the round robin stage on Wednesday (November 9) the top team in each pool will advantage directly to the semi-finals, with the second and third place teams contesting a playoff.

The victors will then move into the semi-finals, with the gold and bronze medal contests due to take place on Friday (November 11).

The competition at the Finnish venue is an important one as it offers two spots at the 2017 World Wheelchair Curling Championships Gangneung next March.

These will serve as the final qualification event for the 2018 Winter Paralympics in Pyeongchang in South Korea.