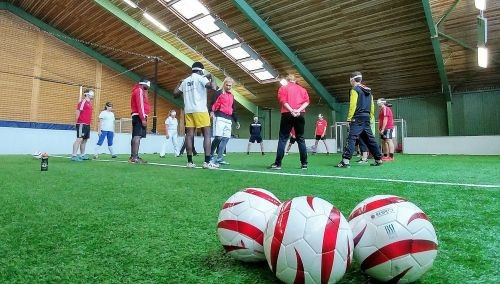 Vienna are to host an international tournament and training camp in a bid to boost the participation of female players in blind football.

The International Blind Sports Association (IBSA) have confirmed the Austrian city will stage the international tournament from May 3 to 7.

Prior to the competition, a two-day training camp for female blind footballers, coaches and referees will take place.

The IBSA revealed they have partnered with Para-Sport Austria, the country’s Disability Sports Federation, to deliver the camp and tournament.

It is hoped the event will promote women’s and girl’s involvement in any role in blind football, with the camp open to those seeking roles as players, referees, guides and coaches, as well as medical and support staff or in administrative roles.

The tournament has been viewed as the most important event in the IBSA Blind Development Project in Europe.

The Development Project Europe is aims to take blind football to every IBSA Europe member country and UEFA member association, with the initiative funded by the latter.

Last month, Vienna held a camp for a total of 10 players and 10 coaches.

The event in May will also be open to other countries developing women’s blind football and it is hoped to have women and girls from three continents taking part.

European participants will be accommodated at a hostel close to the city centre located 10 minutes away from the training facilities.

Project funding is set to cover the cost of accommodation, meals and local transport for attendees from Europe.