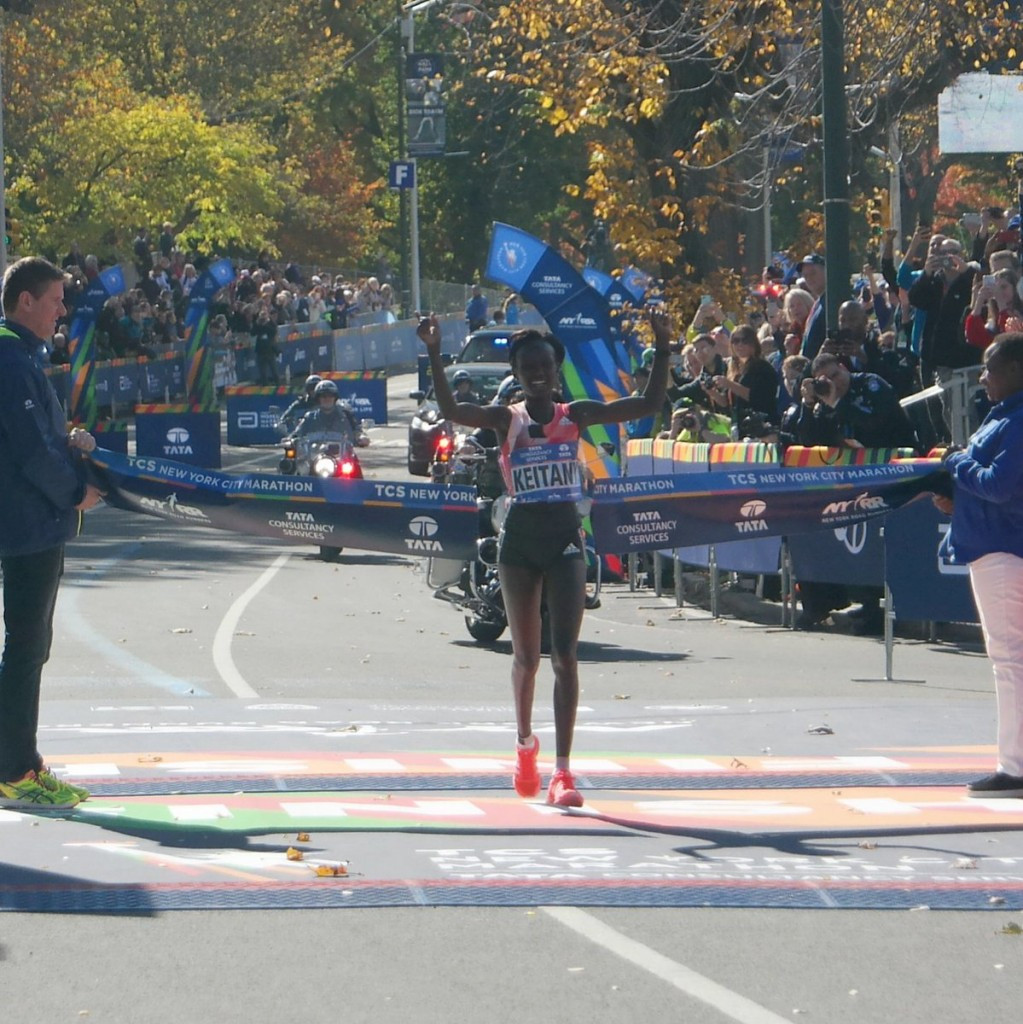 Kenya’s Mary Keitany claimed her third consecutive title at the New York City Marathon today to become the first woman to achieve the feat since Norwegian Grete Waitz’s five-year winning streak between 1982 and 1986.

The 34-year-old successfully retained her crown with a time of 2 hours 24min 26sec, finishing more than three-and-a-half minutes ahead of nearest challenger and compatriot Joyce Chepkirui.

Keitany, the second-fastest woman in history with a time of 2:18:37 in London in 2012, had plenty of time to prepare for the race having been overlooked for selection at the Rio 2016 Olympic Games.

She was part of a three-strong lead group by the 10-mile mark with Chepkirui and Ethiopia's Aselefech Mergia, but pulled away just after the halfway mark and went on to seal an emphatic triumph.

"Winning three times consecutively means a lot to me."

Two-time Olympian Molly Huddle, who set a North American 10,000 metres record to finish sixth at Rio 2016, marked her marathon debut by coming third in a time of 2:28:13.

Fellow American Gwen Jorgensen, the Rio 2016 Olympic gold medal-winning triathlete, also made her marathon bow and managed to take 14th place in a time of 2:41:01.

In the men’s race at the World Marathon Major, Eritrea’s Ghirmay Ghebreslassie prevailed with a time of 2:07:51 on his New York City Marathon debut.

The 20-year-old was hotly-tipped for success having finished fourth at Rio 2016 and winning the gold medal at last year’s World Championships, and he duly delivered.

Ghebreslassie surged away from Kenya's Lucas Rotich and Ethiopia's Lelisa Desisa in the 20th mile, overwhelming his rivals to run alone over the final stages.

Victory saw him become the first winner from outside Kenya since 2010.

"Winning the New York Marathon is one of my best dreams," Ghebreslassie told AFP.

"I'm really proud of my victory.

"Nobody from Eritrea has won this marathon before.

Defending champion Stanley Biwott dropped out of the race at the halfway point, marking another major disappointment for the Kenyan who had to withdraw from the Rio 2016 race in the latter stages.