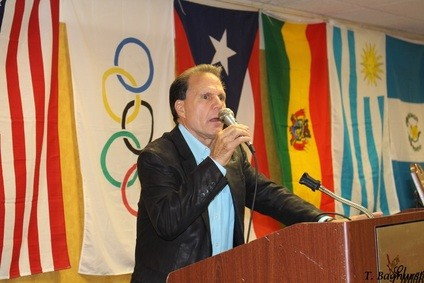 The official was unanimously appointed to the post by the IRF Board members.

"Mr Mazaroff has been the foremost authority of international racquetball rules for over 30 years, and he has conducted rules clinics in more than 20 countries worldwide," said Osvaldo Maggi, IRF President.

"He has an excellent reputation for administering and interpreting international rules of racquetball.

"He has been a very dependable and dedicated contributor to the IRF, which are essential characteristics as Rules Commissioner."

Among his key responsibilities will be responding to member federations’ questions around rule interpretations and editing the rule book every two years.

He will also be present at IRF events to aid the interpretation of rules, as well as conducting rule clinics.

A Rules Committee will also be set up by Mazaroff, who will conduct reviews and submit recommended changes.

The changes will then be considered by the IRF’s Technical Committee.

Mazaroff was also inducted into the IRF Hall of Fame, with the governing body citing his contributions to the sport internationally as key to the recognition.