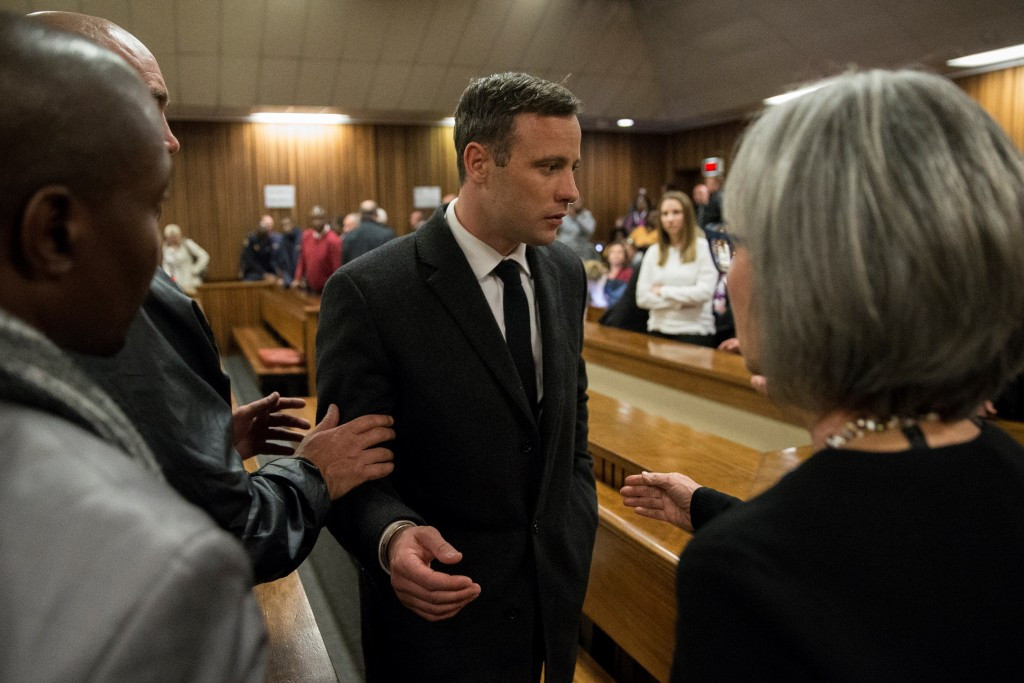 State prosecutors will be required to argue in the Supreme Court of Appeal (SCA) their assertion that convicted murderer Oscar Pistorius' six-year jail term is lenient.

Pistorius, a six-time Paralympic gold medallist on the track, was jailed in July for killing girlfriend Reeva Steenkamp by firing four shots through a locked toilet door on Valentine’s Day in 2013.

South African judge Thokozile Masipa threw out the State’s appeal against her "lenient" six-year-sentence in August, with Prosecutor Gerrie Nel describing the term as "shockingly inappropriate".

He had insisted Pistorius' jail term should have started with 15 years at a minimum.

The SCA have now stated parties will be required to argue their case in court.

"The application for leave to appeal is referred for oral argument in terms of s 17(2)(d) of the Superior Courts Act 10 of 2013," the SCA said in a statement.

“The parties must be prepared, if called upon to do so, to address the court on the merits."

According to News24, the state will have one month to file five additional copies of the application for leave to appeal, while they will have three months to file the record of the High Court proceedings.

Pistorius had originally been found guilty of culpable homicide - the equivalent of manslaughter - and was sentenced to five years in prison in October 2014.

He was released after serving less than a year of his sentence in October 2015, but prosecutors successfully upgraded his conviction to murder which led to the new six-year punishment.

They claimed he must have known that someone could be killed when he shot Miss Steenkamp four times through the toilet door.

Nel reiterated those accusations, claiming Pistorius has "never offered a reasonable explanation" for his actions.

The athlete was escorted directly to Khosi Mampuru prison in Pretoria following his second sentencing in July.