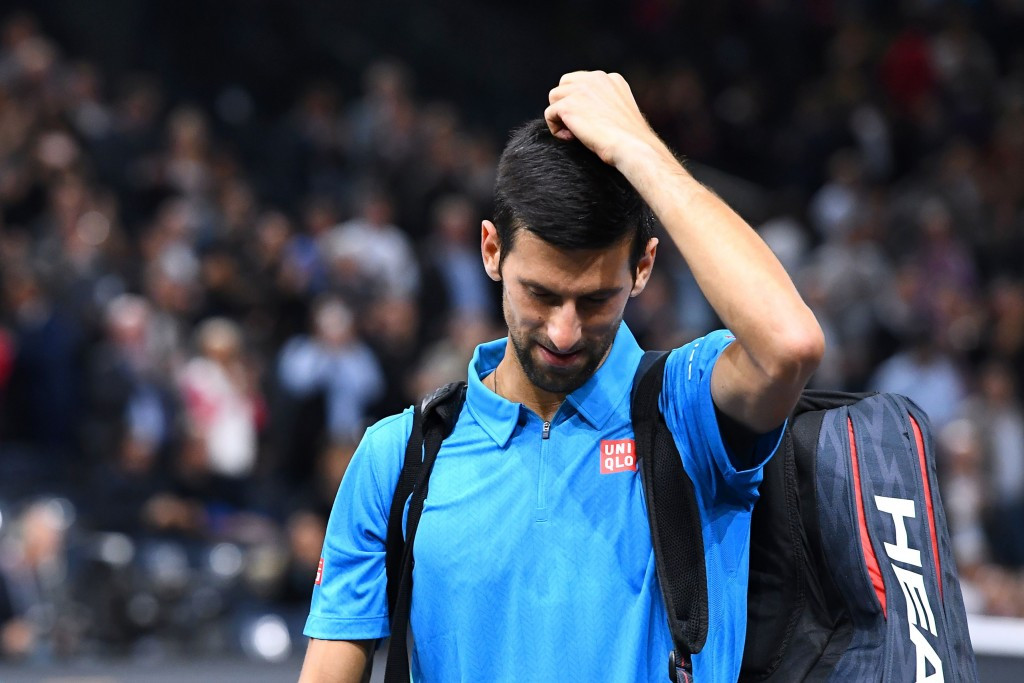 Novak Djokovic’s reign as the men’s world number one hangs in the balance after the Serbian star was beaten by Croatia’s Marin Cilic in the Paris Masters quarter-finals at the AccorHotels Arena.

Djokovic would have been assured of preserving his number one spot should he have reached the final of the Association of Tennis Professionals (ATP) Masters 1000 event, but a loss has given Britain’s Andy Murray the chance to take the position for the first time.

After coming from a set down to beat Bulgaria's Grigor Dmitriov yesterday, Djokovic was left facing the same task when he was broken twice by Cilic en-route to losing the first set 6-4 today.

The three-time defending champion was looking to beat Cilic for the 15th straight time, but moved to the brink of his first ever loss to the world number 10, after his opponent brought up two match points in the second set.

Djokovic, who had briefly led in the set before being instantly broken back, saved the match points but would ultimately lose the tie breaker to fall to a 6-4, 7-6 loss.

Should Murray reach the Paris Masters final, he would overtake Djokovic in the world rankings.

He now only requires one victory to reach the milestone, after he overcame the Czech Republic’s Tomas Berdych, ending his opponent's chance of booking the final spot at the ATP World Tour Finals in London.

Berdych had appeared on course to produce a major upset when he moved into a 6-1 lead in the first set tie-break, only for Murray to save five set points, before edging his rival 11-9.

The Briton then held off a Berdych fightback late in the second set to eventually secure a 7-6, 7-5 victory.

With Berdych now out of contention for the ATP World Tour Finals, Austria’s Dominic Thiem was assured of the final place at the season ending tournament, featuring the top eight available men's players.

The final confirmation came when France’s Jo-Wilfried Tsonga fell to a 6-2, 7-6 loss to Canada’s Milos Raonic.

Raonic will face Murray in the semi-finals, with the Canadian the last obstacle the Briton needs to overcome to top the rankings.

John Isner booked his place in the semi-finals earlier in the day by overcoming fellow American Jack Sock 7-6, 4-6, 6-4.

Isner will meet Cilic tomorrow for a place in Sunday’s final.