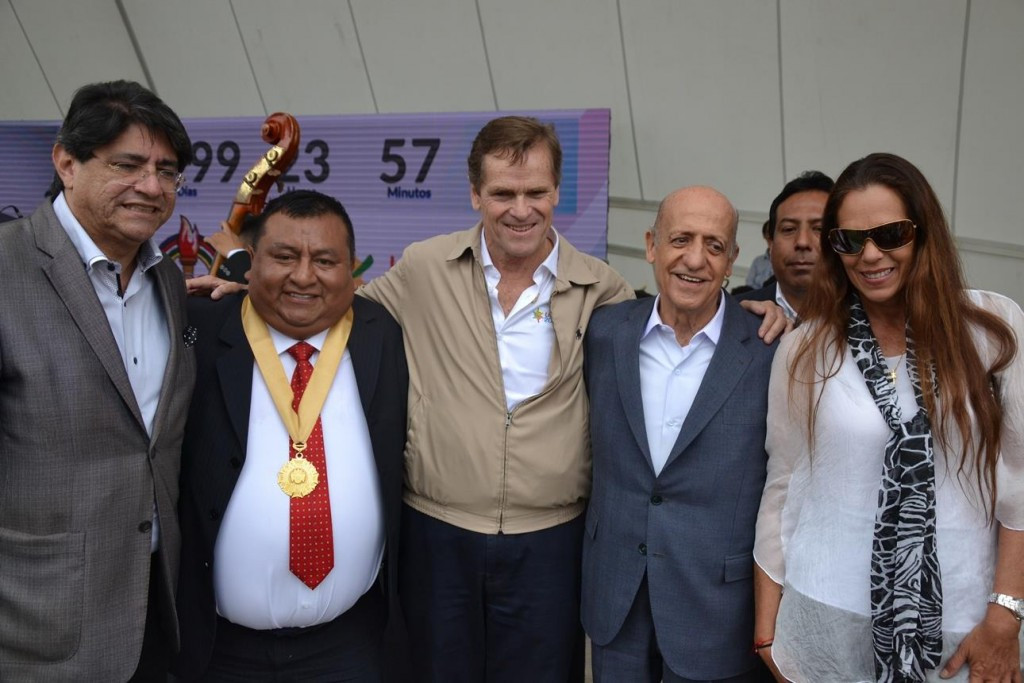 Pan American Sports Organization (PASO) President Julio Maglione claims to be confident about preparations for Lima 2019 following an inspection visit during which he met with Peruvian President Pedro Pablo Kuczynski.

Maglione attended alongside colleagues on the PASO Executive Committee as they met to prepare for next month's Extraordinary General Assembly in Doha.

As well as Kuczynski, the inspectors also met with other officials, including Luz Salgado, President of the Peruvian Congress.

They also toured venues set to be used during the Games.

The meeting provided a first opportunity for Lima 2019 President Carlos Neuhaus following his appointment in September.

He arrived amid mounting concerns over the slow rate of progress.

"They are saving at all levels, reducing costs without affecting the quality that means the next Pan American Games."

The Uruguayan praised both Kuczynski and Salgado for their support.

"Without political backing and resources it is very difficult to organise an international event," Maglione added.

"We are convinced that the Pan American Games will be done in Lima, and will be a great success."

Challenges likely to have been discussed include Lima's failure to meet installment payments totalling $20 million (£15 million/€18 million), due between 2014 and 2019 to PASO.

According to Peruvian Olympic Committee President Jose Quiñones, PASO have given Lima until the end of this year to make remaining payments originally due by then.

There was no progress was made on deciding the timetable for next year's PASO Presidential election at the Executive Committee meeting, insidethegames was told.

The election, at which a permanent successor for Maglione will be elected, is expected to take place in February.

But a final decision on this will be made at the General Assembly taking place on November 17 in the Qatari capital during a week of Association of National Olympic Committee meetings.