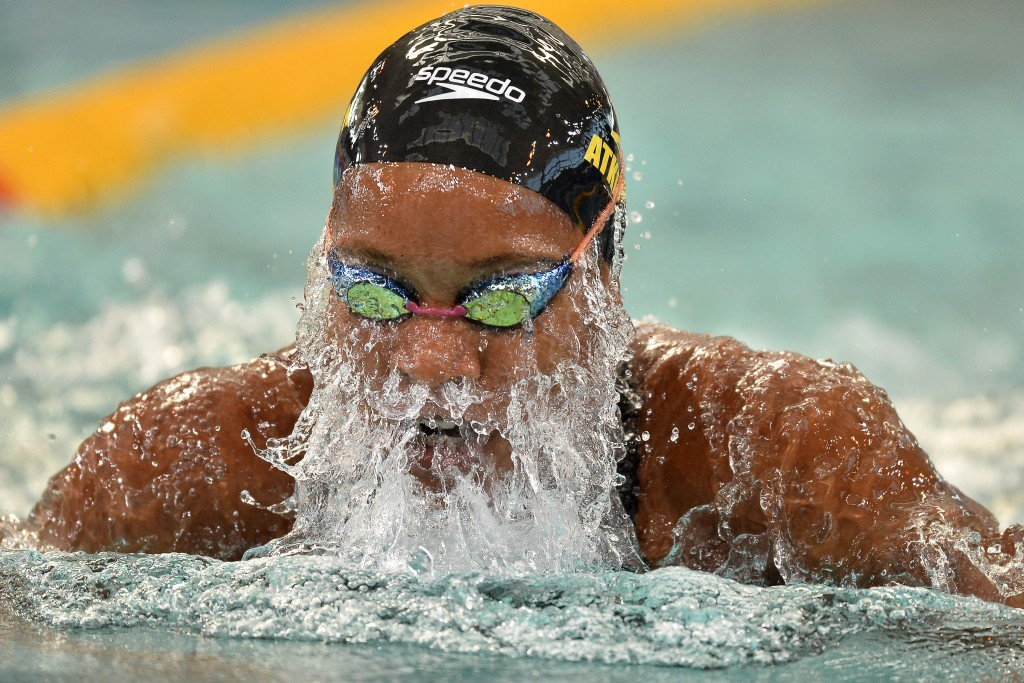 The Jamaican, a world champion over the 100m distance in 2014, clocked a time of 28.64 seconds to shave 16 hundredths of a second off the former record posted by United States' Jessica Hardy in 2009.

She finished comfortably ahead of Russia's Yuliya Efimova, in 29.19, and another American in Molly Hannis, who managed 29.57.

Atkinson is one of just three women to have broken the 29 second barrier for the sprint distance after Hardy and Lithuania's Rūta Meilutytė.

The four-time Olympian also claimed victory over the 100m distance in 1:02.91.

She touched second in the 50m butterfly in 25.73 to beat all but Danish winner Jeanette Ottesen, who managed 25.05.

The 16-year-old, who was barely two months old when Michael Phelps competed at his first Olympic Games in Sydney, then posted a 58.24 to take second behind Katinka Hosszu's 57.47 in the 100m individual medley.

She lies on 1,059 points, more than double Atkinson's second-placed haul of 417.

Vladimir Morizov of Russia leads the men's standings with 583 points.