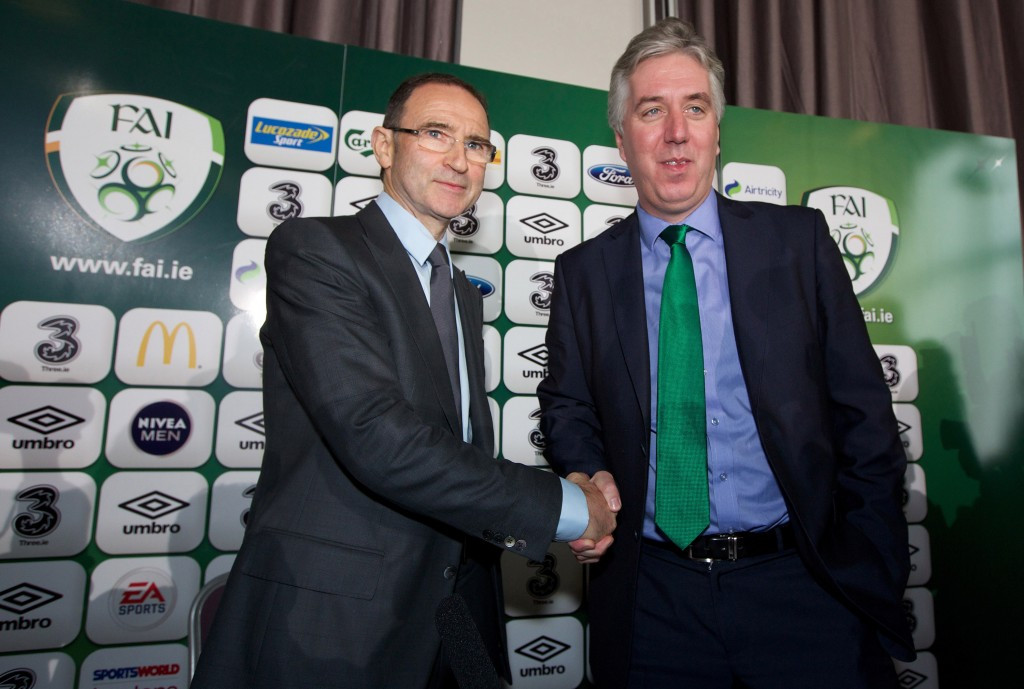 John Delaney has resigned as vice president of the Olympic Council of Ireland (OCI), it has been announced.

Delaney, thought to be a close ally of OCI President Patrick Hickey, is also the chief executive of the Football Association of Ireland (FAI).

Hickey remains in Brazil where he is facing various ticketing allegations involving the Rio 2016 Olympic Games.

He denies any wrongdoing, with 49-year-old Delaney also claiming that he had no role in the OCI’s ticketing arrangements.

He was one of six officials who reportedly had a warrant issued against his passport before it was subsequently withdrawn.

"I indicated some weeks back that I would be considering my position as the Football Association of Ireland's volunteer member of the OCI’s Executive Committee," Delaney said.

"Since then, I have been in discussions with the board of the FAI and many colleagues within the football family regarding my position within the OCI.

"Having given the matter careful consideration, I have made the decision to step down as the FAI's volunteer member of the 13 person OCI committee board, with immediate effect.

"The reasons for my decision are as follows:

"1: My Role as CEO of the FAI is my primary role and priority.

"I have always been 100 per cent committed to fulfilling my role, my obligations and duties in ensuring the growth and development of football in Ireland, which I will continue to do.

"2: As an Executive Committee member of the OCI, my role was never active in the day to day running of the OCI and as I mentioned previously, I was in a position to attend only five of the last 13 board meetings prior to the Rio Olympics.

"3: I had no role or involvement in the OCI's handling of ticketing arrangements for the Rio Olympic Games.

"4: During my time as a member of the OCI Executive Committee I have always looked to the best interests of the Olympic movement, and in recent months I have worked extensively with the other OCI Committee members to ensure that all proper steps have been taken by the OCI, following the issues that arose in Rio.

"As part of this, I have fully engaged and co-operated with investigations being carried out by Grant Thornton who were appointed to review ticketing arrangements and Deloitte, whose brief is to examine governance issues within the OCI.

"I will, of course, also provide all assistance sought by Mr. Justice Carroll Moran as part of the Government appointed enquiry.

"I am fully confident that in due course my position and non-involvement in these matters will be clarified and independently verified on completion of reports carried out by Grant Thornton or Justice Carroll Moran.

"I wish the OCI executive and the Olympic movement, in this country, all the best into the future and I will always follow with interest their sporting achievements."

Willie O’Brien, the acting President of the OCI, said he accepted Delaney’s resignation with regret.

"I would like to thank John for his hard work and dedication to the Irish Olympic movement in his time as a member of the Executive Committee and I wish him well for the future," he said.