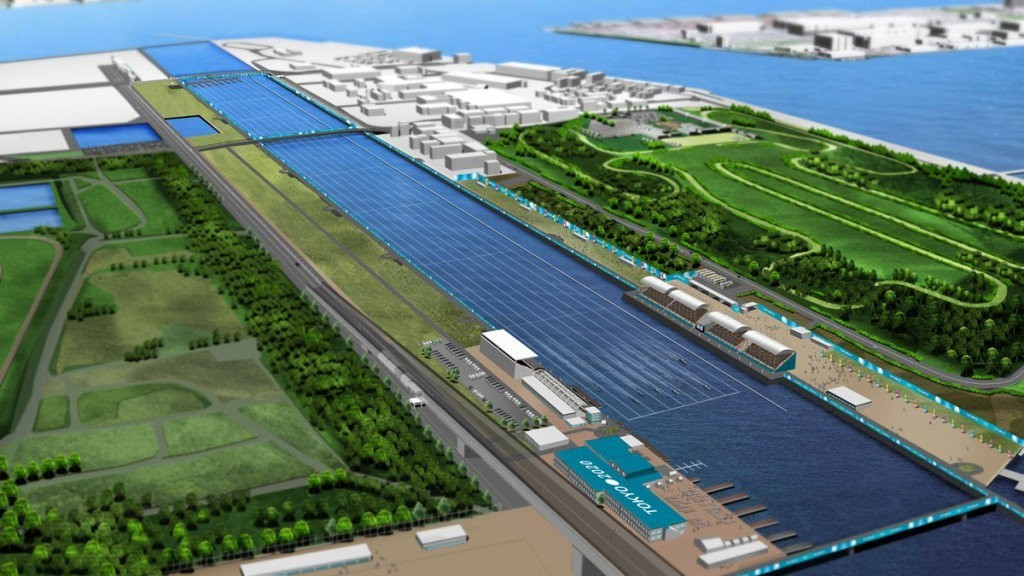 They reiterated that the site, on Tokyo Bay, is in FISA’s view “the only venue in Japan which can meet the requirements for an Olympic Games regatta”.

Matt Smith, FISA’s executive director, said that while the Naganuma rowing course in Tome, more than 400 kilometres north of Tokyo, would meet “sport-specific requirements” for an Olympic rowing venue, general infrastructure in that area did not meet the necessary standards.

Smith also confirmed that Naganuma was one of the alternatives looked at by rowing officials in November 2014 when Tokyo 2020’s rising costs came under serious scrutiny.

Uncertainty over the eventual venue for rowing and sprint canoeing at Tokyo’s second Olympic Games has resurfaced with a vengeance in recent weeks, in the wake of a cost-saving review ordered by Yuriko Koike, the new Tokyo Governor, who was elected this summer.

It has even been suggested that the events might conceivably be moved outside Japan to Chungju in South Korea, although there has been a tendency to dismiss this as a fairly blunt negotiating tactic by someone, perhaps intended to encourage Governor Koike and the Japanese political classes to be more compliant.

FISA has stated that it has not been involved in “any discussions that might consider other venues outside of Japan”.

Confusion over the venue and the cost of constructing it have reigned for two years now, with little sign of the fog clearing.

However, far higher cost estimates have been circulating since at least 2015.

One top International Olympic Committee (IOC) official told insidethegames in April of that year that costs had at one point threatened to spiral above $1 billion (£658 million/€919 million) before design optimisation work succeeded in cutting the projected price tag to $490 million (£323 million/€451 million) - still far above the bid-book total.

The explanation for the discrepancy lies in non-sport-specific general infrastructural work that needs to be undertaken in order to render the site suitable to serve as an Olympic sports venue.

According to Smith, the two main components of this work are a new bridge which would connect Greater Tokyo to the new islands in Tokyo Bay, and the re-siting of a garbage transfer facility.

Both jobs, Smith says, were already part of the city’s long-term plans and should not be viewed as part of the cost of the proposed rowing/canoeing venue.

Discussions with bid officials before the Games were awarded to Tokyo indicated, Smith adds, that they shared this position.

The FISA executive director reiterated the body’s full support for the four-party working group review process agreed this week in a meeting between Governor Koike and IOC President Thomas Bach to make a sustainable and financially viable Games.

He said FISA would look at “all options” to control costs, in order to deliver a successful Games and a legacy for the citizens of Tokyo, while emphasising that it was “still the case that the sports elements of using the Sea Forest Waterway are less than $100 million”.

He emphasised that the cost of construction in Japan - and in particular on reclaimed land in Tokyo Bay - is up to four times greater than equivalent construction in Europe or North America.