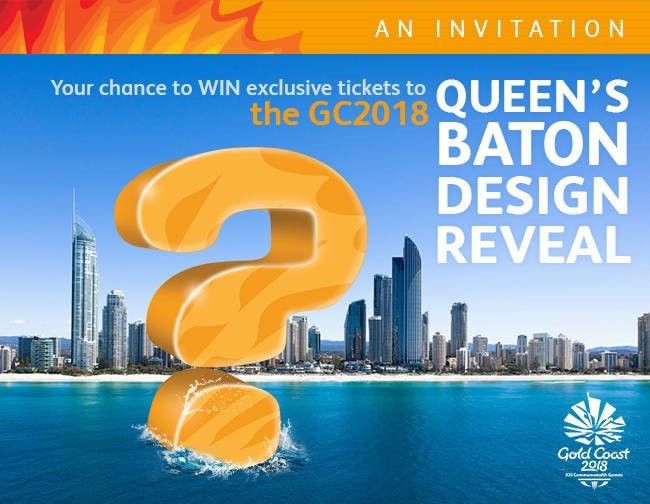 Gold Coast 2018 have launched a competition to give a member of the public the opportunity to attend the launch of the Queen's Baton Relay design for the Commonwealth Games.

The free to enter competition will see the winner granted two tickets to the launch event, due to take place on November 20 at Jupiter’s Hotel and Casino.

Only residents of Queensland and are over the age of 18 are able to enter the promotion, with no limit to the number of entries via the Gold Coast 2018 Commonwealth Games Facebook page here.

Entries must be submitted by the closing date on November 3.

The winner will be selected by a random draw the following day, with the successful entrant then set to be notified.

The Baton has been produced by Designworks after they were awarded the contract to create the design in January.

After an initial research and conceptual design phase, the company then began the engineering and development of the Baton.

The Baton is due be carried across all 70 Commonwealth countries and territories in the build-up to the Games.

It will then arrive in Gold Coast for the Opening Ceremony of the Games on April 4 in 2018.

The Baton is not expected to visit the Maldives after the country's Government announced earlier this month they were leaving the Commonwealth.

Due to political unrest in the Maldives at the time, the Queen's Baton Relay for Glasgow 2014 spent only two hours in the country in October 2013 before leaving again.