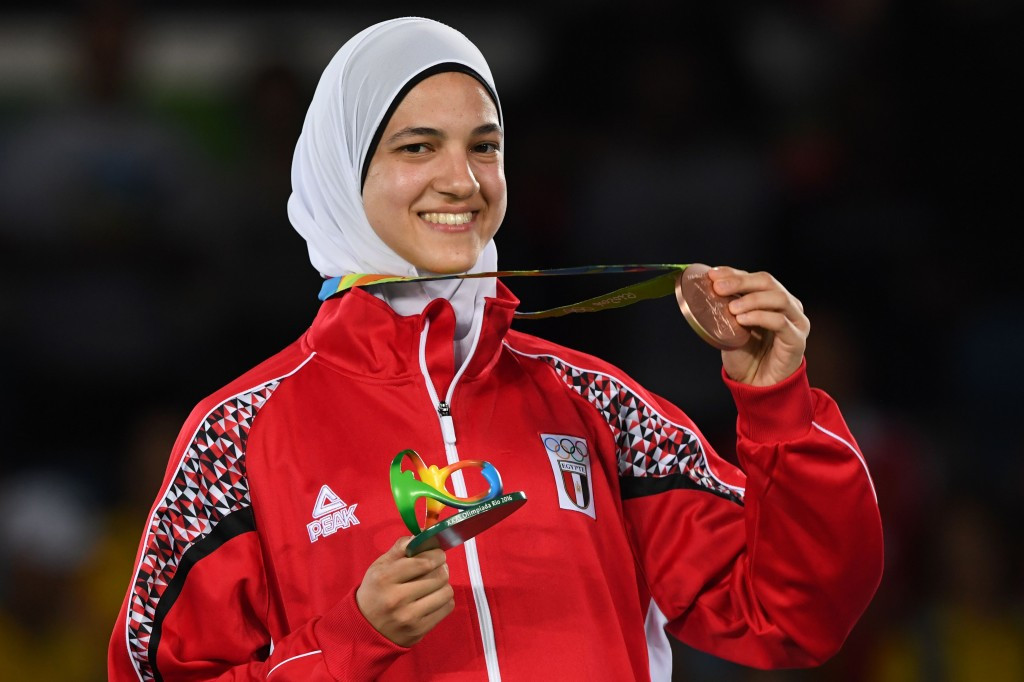 Egypt’s Hedaya Malak says she is dreaming of the gold medal at the Tokyo 2020 Olympic Games after clinching bronze in the women’s under-75 kilograms event at Rio 2016.

The 23-year-old, the African Games champion in 2011, produced a battling display in a tight bronze medal contest against Raheleh Asemani of Belgium, winning by golden point to claim third spot on the podium.

The result marked the best performance of her career to date but she is now targeting further glory in the Japanese capital and beyond.

Malak admitted, however, that it won’t be an easy task, particularly due to the strength of her division, which includes Britain’s two-time Olympic champion Jade Jones.

She also feels psychological preparation is key, claiming the mental side of the sport is what cost other taekwondo players from winning medals in Rio.

"I dream of a gold medal in Tokyo 2020 but this dream requires much preparation, similar to that of the past two years," she told Ahram Online.

"We have to also give more importance to psychological preparation.

"It is very important for the players.

"I believe that one of the things that helped me to win the Olympic medal was my mental preparation.

"Several players were close to winning a medal but their efforts were not fruitful because they couldn't handle pressure.

"We also have to adopt new techniques and tactics.

"If we manage to fulfill all these requirements, I believe that we will achieve more success, especially as we have a good generation of players."

Malak also revealed she has had continual offers of gifts and honours following her bronze medal-winning display at August’s Games.

"When I saw the great happiness of the Egyptians, my family, friends and trainers; I knew that I had realised an achievement," she added.

"Every day I receive invitations from the country's different institutions to honour me.

"I am flattered with all these ceremonies.

“My club [the Shooting Club] gifted me a car.

“It was a great surprise for me.”