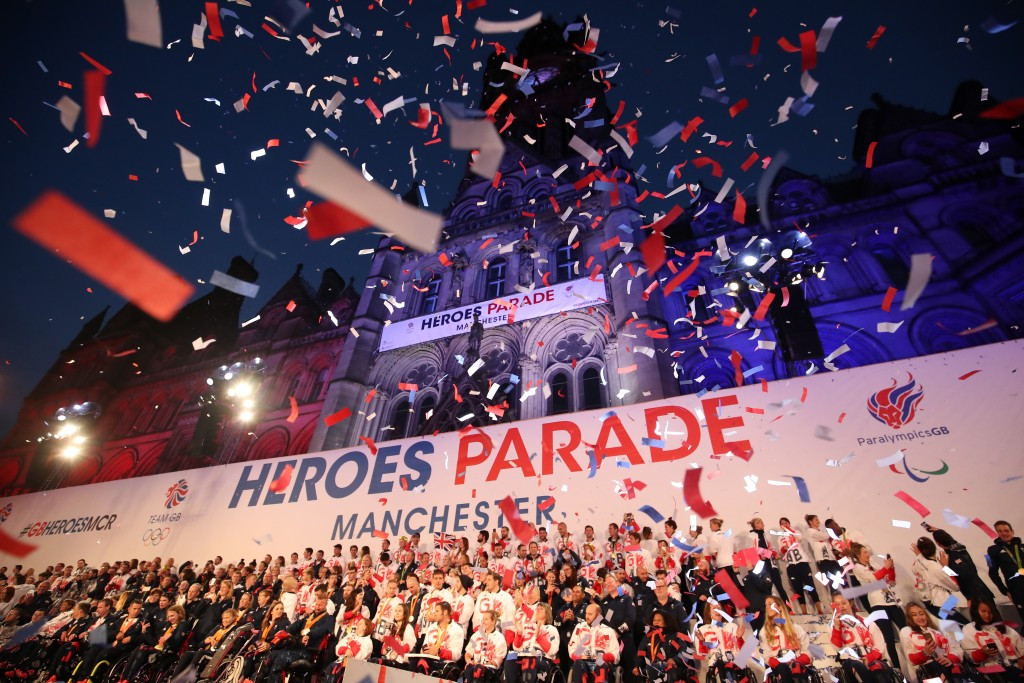 Two men were able to take part in the parade of British Olympic and Paralympic medallists after claiming to be part of the fencing team at the Games.

The duo wore Team GB tracksuits and carried fake plastic medals, which saw them manage to join the country’s modern pentathlon and gold medal winning women’s hockey team on board a bus.

Both men were quizzed on television by Sky News, who were broadcasting from the float, with the pair claiming to be fencing medallists from the Olympic Games.

Britain did not win any fencing medals at the Rio 2016 Olympics.

"We got the medals and we just thought, you know, we’d give it a go," one of the men admitted to Sky News.

"We actually got ushered on, it was completely against our will.

"We blag something every now and then but we are going to get off at the next stop."

Around 400 of Britain’s Olympic and Paralympic athletes had taken part in a parade in Manchester, which began at the Museum of Science and Industry and drew to a close in Albert Square.

More than 150,000 people were reported to have attended the parade.

The British Olympic Association have admitted to being disappointed by the security breach, which came despite months of planning.

"We are aware of the matter, and are disappointed anyone would want to detract from the athletes’ celebration," a BOA spokesperson said, according to the Telegraph.

"This did not spoil anyone’s enjoyment of a wonderful event."

Manchester was selected to stage the first event by the Government in recognition of the city’s contribution to the Olympic and Paralympic teams.

A second celebration event is scheduled to take place in London today, as Britain continues to celebrate its impressive showing at both Games.

Team GB’s Olympic competitors achieved a total of 67 medals, surpassing the 65 they won at London 2012.

Britain finished second on the medals table at the Rio 2016 Paralympic Games, having achieved a haul of 147, 64 of which were gold.