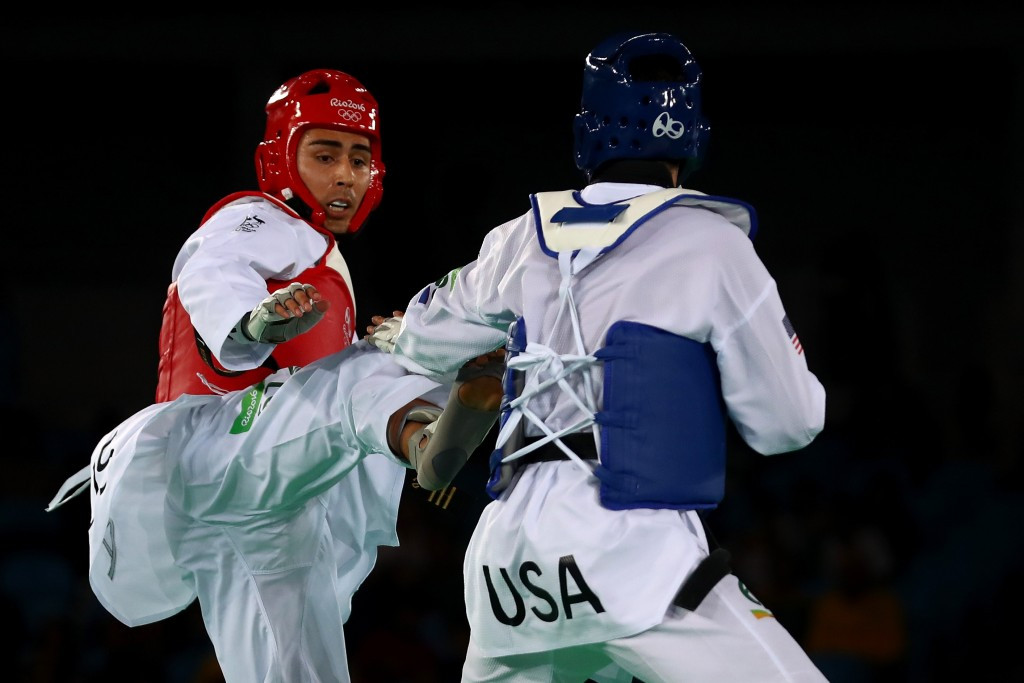 Australia's taekwondo Olympian Hayder Shkara addressed more than 50 university students in Sydney as part of the "Meet with a Champ" education programme.

The 26-year-old was on hand at the University of Technology (UTS) in the city, to speak about how he became involved in the sport, as well as the highs and lows he has experienced along the way.

The "exhilaration" of competing at the Olympic Games was another topic discussed during a question and answer session.

Meet with a Champ is an initiative spearheaded by the Australian Olympic Committee.

UTS was an appropriate venue as it is the home of the Australian Centre for Olympic Studies, which aims to provide a national focus for analysing the Games in the country.

Other Olympians to take part in the event included Sharni Williams, who won gold as part of the women's rugby sevens team at Rio 2016.

After an initial video highlights package, the Olympians spoke for over an hour and then moved into the audience to meet the students, sign autographs and have their photo taken.

UTS staff member Anirudha Saha said it was a "great privilege" to host the group.

"We wanted our students to learn from such athletes on how they balance between personal and professional life," he said.

"For a lot of students, these are their heroes growing up.

"The opportunity to meet and hear from these athletes will definitely create a positive impact for the future.

"The ups and down in an athlete's life can be related to life in general of a normal student.

"Hearing the journey of such Olympians will inspire students to be successful."

Shkara debuted on the Olympic stage at Rio 2016 in the men's 80 kilograms welterweight category, and was beaten by Britain's eventual silver medallist Lutalo Muhammad, 14-0 in the first round.

He was given another shot, however, after the Briton reached the final, as this meant Shkara was entered into the repechage system for the bronze medal.

This bout remained as a draw even after the sudden-death round, with American Steven Lopez eventually declared as the winner on count-back of touches.

The US athlete then lost one of the two bronze medal matches against Tunisia's Oussama Oueslati as Cheick Sallah Cissé of Ivory Coast won gold thanks to a dramatic last-second score against Muhammad.

Shkara, the Pacific Games champion, admitted that returning to normal life following the Olympics was a "come down".