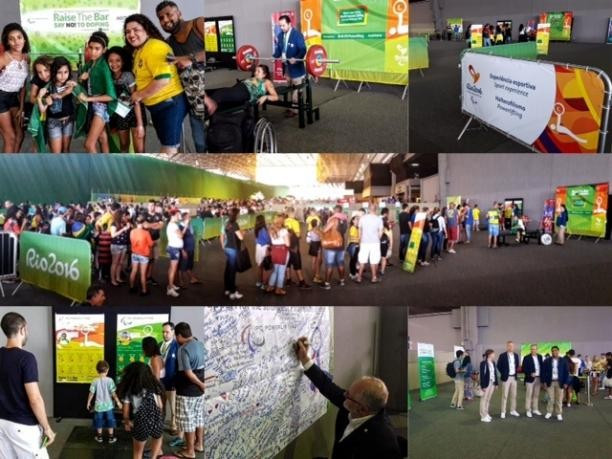 More than 5,000 people visited the powerlifting spectator experience during the Paralympic Games in Rio de Janeiro last month, it has been announced.

The initiative was set-up at the Riocentro Common Domain at the Games, and took place between September 8 and 14 with support of weightlifting and powerlifting equipment company Eleiko.

Designed with numerous stations to take spectators on a "journey through the sport", fans were educated about the rules of powerlifting and they had the chance to leave a message for the Rio Paralympians on a custom wall.

There was also the chance for visitors to find their powerlifting bodyweight category on official competition scales, as well as the opportunity to have a go at the sport.

All lifts registered by fans were compared to the men's over 107 kilograms Paralympic champion Siamand Rahman's previous world record of 296kg.

The Iranian, known as the world's strongest Paralympian, broke his own world record to win at Rio 2016, lifting an amazing 310kg.

International Paralympic Committee (IPC) President Sir Philip Craven was among those who attended the powerlifting experience.

IPC Powerlifting also showed visitors their anti-doping progrmame "Raise the Bar" which informed fans how "the sport is committed to educating athletes on the importance of clean sport and the continued efforts being made to tackle doping".