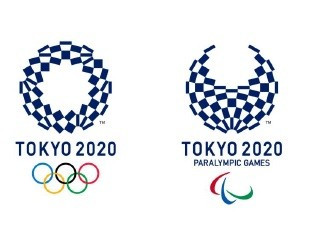 Researchers and university students have launched a petition which asks Tokyo 2020 organisers to use recycled metal to produce the medals that will be awarded to athletes at the Olympics and Paralympics.

The Ecomaterials Forum, an association comprising of researchers of environmentally friendly materials and related companies, and the environment group at Tokyo's Waseda University, began gathering signatures online in July which they will submit to the Tokyo Organising Committee.

They have now collected the names of around 10,000 people.

The project is aimed at raising public awareness about recycling small consumer appliances such as mobile phones, as they contain various kinds of metal that can be re-used.

Earlier this year, a 19-member Task Force which was charged with drawing up a "legacy" for the Games in the Japanese capital recommended the move to use medals made from recycled materials.

The final design of any Olympic medals must be approved by the International Olympic Committee (IOC), but if the proposal for Tokyo is given the green light, metal from old electronics, phones and computers could be used.

Recycled materials formed the medals that were used at this summer's Olympics and Paralympics in Rio de Janeiro.

According to an estimate by the Ecomaterials Forum, the gold needed for Tokyo can be procured from around 320,000 mobile phones.

Roughly 1500 gold medals would be needed in all.

"All of the medals required at the 2020 sport events, including silver and bronze, can be manufactured from recycled metal such as from medical X-Ray film waste," an Ecomaterials Forum statement said, according to Kyodo News.

Hironao Ito, who is a student at Waseda, added: "I'm hoping that this project will become an opportunity to show off Japanese technology to the world and that people will increase their interest in recycling small-sized consumer appliances."

Authorised recycle business owners in Aomori, Iwate and Akita in Japan's northeast also made a proposal to the Tokyo Organising Committee regarding recycled metal last year.