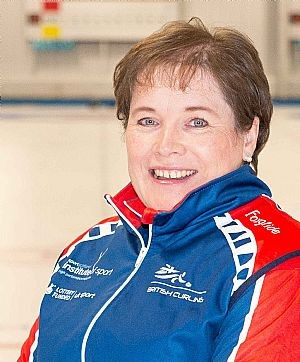 Paralympic bronze medallist Aileen Neilson will lead the Scotland team at the World "B" Wheelchair Curling Championships in Finland in November, as the country bids for a top two finish which will see them qualify for the elite World Championships next year.

They will compete at two more competitions in the coming weeks before heading to Lohja, Finland, for the B tournament between November 4 and 11.

"We were training all summer but the recent Danish Open demonstrated that what we need now is competition and the opportunity to test our tactics and technical training, and see what the other teams are doing too, so there are no big surprises in Finland," said Neilson who is from Strathaven.

The first event before the B Championships is the ninth Wheelchair Curling Tournament in Wetzikon, Zurich.

Twelve teams will be competing at the tournament this week, including current world champions Russia and world bronze medallists South Korea.

Following that event, the team has a short turn around before heading home for the third Stirling Wheelchair Curling International in Scotland, from October 18 to 21.

"We will use the next two competitions to get us best prepared for going to the World B Champs," added Neilson.

"Every game we head into we need to play our best and hopefully the results will take care of themselves.

"The next few weeks represent crucial events and we need to ensure we peak at the right time.

"Ultimately our aim is to get back to the World Championships which is where we should be.

"That would enable us to accrue GB qualifying points for the Paralympics so a lot is at stake."

The 2017 World Wheelchair Curling Championships will be held in Pyeongchang in South Korea, the host of the 2018 Winter Paralympics.