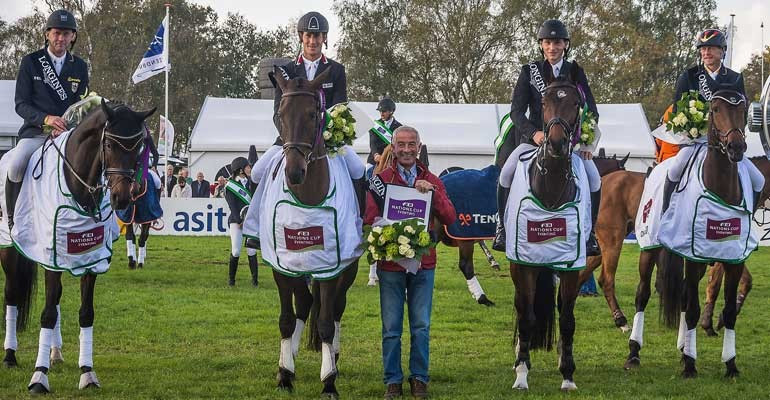 Germany, Britain and France will battle it out for the International Equestrian Federation (FEI) Nations Cup Eventing crown during the final competition of the season in Boekelo in The Netherlands, due to get underway tomorrow.

The three countries are locked in a fierce contest for the overall title, with the winner due to be officially decided on Sunday (October 9).

Britain currently lead the way on 555 points, five in front of Germany.

France remain in contention to snatch the trophy during the final event of the campaign in the Dutch village as they have 475 points.

The Netherlands are in fourth but are 210 points behind the French, leaving a straight three-way clash for the overall title.

Germany come into the competition aiming for a fifth victory of the season having triumphed at the most recent FEI Nations Cup event in in Waregem in Belgium last month.

It followed previous successes at Fontainebleau in France, Houghton Hall in Britain and Vairano in Italy.

Confidence will be high among the team that they can overhaul the five-point gap to current leaders Britain, runners-up behind Germany in Waregem.

The host nation will still be hoping to end the season on a high in front of their home fans, despite the fact a top three finish is out of their reach.

The competition in Boekelo is the ninth event on the FEI Nations Cup calendar.

Action is due to begin tomorrow with the dressage section of the event.