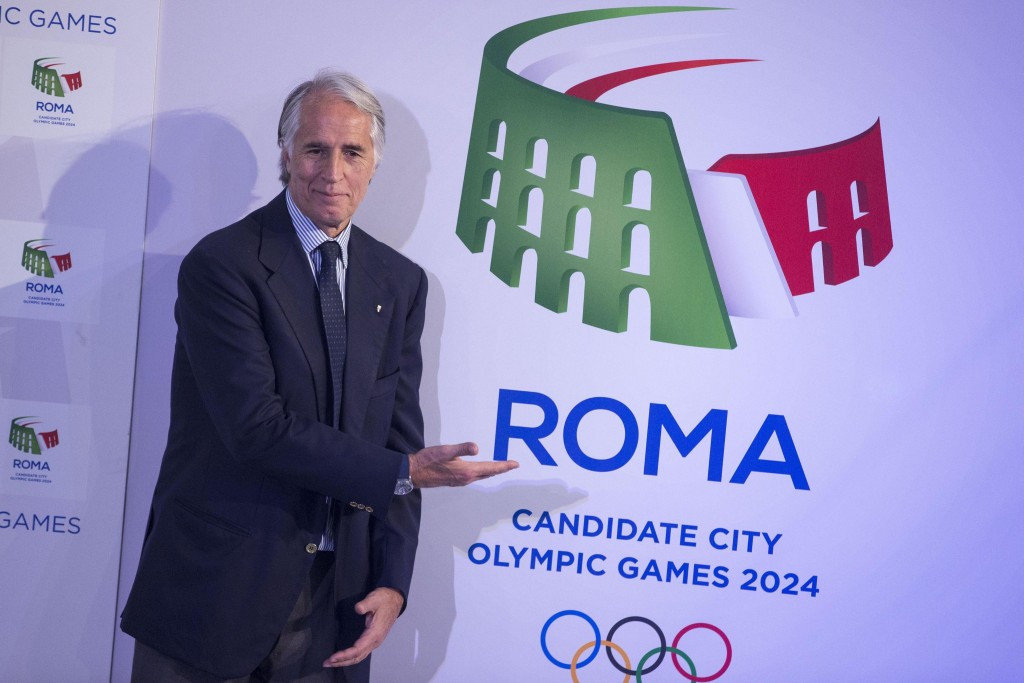 No announcement will be made on the future of the Rome 2024 Olympic and Paralympic bid until Tuesday (October 11), insidethegames has been told today.

Rome is widely expected to pull out after failing to get the backing of city Mayor Virginia Raggi.

A CONI spokesperson said today that they will convene a press conference on Tuesday in Rome and will reveal no further information before then.

Malagò met Bach on arrival at the airport last night, and the two travelled by car together before having dinner during a meeting stretching over several hours.

They spoke about Rome 2024 as well as other issues, CONI said.

The two are both due to attend this evening's Sport at the Service of Humanity Opening Ceremony in the Vatican at which Raggi is also expected to be present.

Raggi claimed it would be "irresponsible" to continue with bidding efforts because it would drain funds and resources.

This comes four days after the Friday (October 7) deadline for the submission of the second part of the 2024 Bid City Candidature Files.

It is not yet clear whether Rome will go again with their submission, although it now appears a distinct possibility.

"The President of CONI briefed President Bach on local political developments here in Rome," the IOC said in a statement today.

Rome 2024 claim not to know the latest developments.

Budapest, Paris and Los Angeles are the other cities in the 2024 race ahead of an IOC vote at their Session in Lima on September 13, 2017.