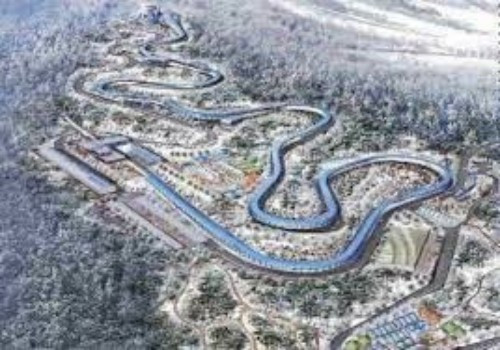 International Bobsleigh and Skeleton Federation (IBSF) President Ivo Ferriani has warned that changes must be made to the newly constructed Pyeongchang 2018 sliding venue in order to resolve outstanding safety issues.

This follows the publishing this week of a report, written following initial "stress" testing in August, in which various problems with the Alpensia Sliding Center were identified.

The report was carried-out by internal and external experts from the IBSF and the International Luge Federation.

Among the recommendations was a call for five new pumps to be installed onto the course in order to resolve icing problems with existing ones.

Only two of these have so far been introduced, mainly due to time issues ahead of further testing scheduled for later this month.

Concerns were also raised with the placement of sprinkler systems near to cooling plants along the course due to the risk of explosion.

Sprinklers are required under South Korean law but are considered a safety risk by European experts.

Better communication and leadership between the Organising Committee and Gangwon Provincial authorities over the facility was also proposed.

"None of our concerns our major, but they must be resolved."

The new sliding track, standing at exactly 2,018 metres long, is due to undergo pre-homogulation testing from October 24 to 30 ahead of official training weeks planned for February and March next year.

An IBSF World Cup is then scheduled for the resort from March 17 to 19, with action due to take place in both bobsleigh and skeleton events.

The track has been widely praised by sports officials in the past, although concerns were raised in 2014 and 2015 over "unnecessary expenditure" on the facility, such as a circular restaurant at the top of the course and an ice-house for pushing.

Pyeongchang 2018 claim that they have already discussed all the latest issues with the two IFs and have agreed on what work is required.

"In order to replace pump one, three, and five, it takes two months to produce new pumps.

"FIL is also aware of the timeline and approves the replacement schedule."

The spokesperson added: "By European practices, ‘sprinklers’ are not recommended.

"However, sprinklers are required to be installed near the cooling plants by law (Republic of Korea).

"In fact, the IBSF and FIL Stress Test Report does not contain any statements that refer to manual sprinklers being prohibited around the cooling plants.

"In addition, the report offers the option to install manual sprinklers instead of automatic sprinkler pipes.

"Therefore, Pyeongchang 2018 plans to use manual sprinklers and have skilled staff monitor them at all times in order to prevent potential hazards."