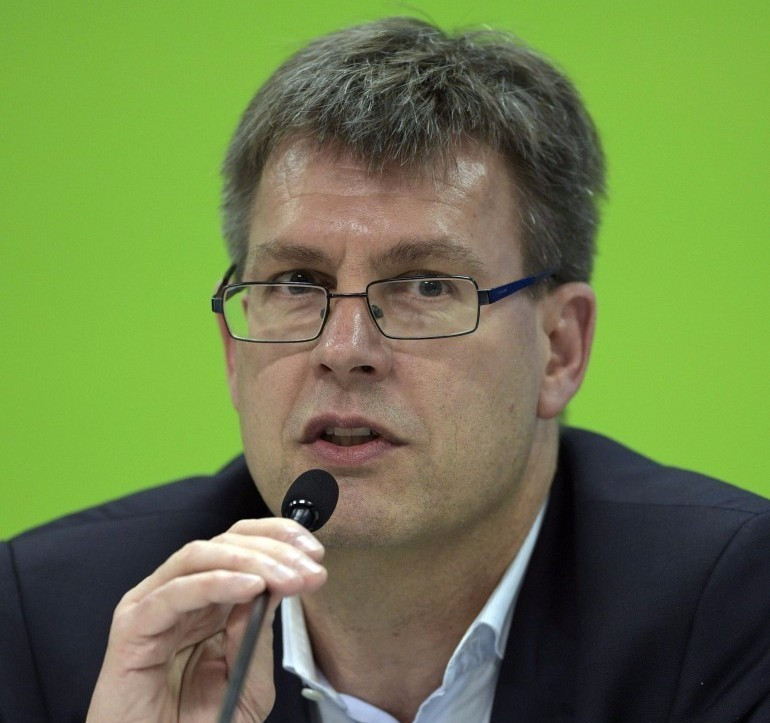 International Table Tennis Federation (ITTF) President Thomas Weikert has announced that he will stand for a new four-year term ahead of elections next year.

The German has been in the role since September 2014 but was never elected, instead assuming the position automatically as he was Adham Sharara's deputy when the Canadian stepped down.

Weikert will now seek a mandate from the ITTF membership when the election is due to be held on May 31 next year in Düsseldorf.

The vote will take place during the 2017 ITTF World Championships in the German city, scheduled to begin on May 29.

"In 2014, I did not have to go through an election to become the ITTF President, so I am delighted that I can now also stand for the delegates’ vote for the first time in Düsseldorf in 2017,2 said Weikert.

The 54-year-old Weikert, a lawyer, has outlined five "key central themes" which will be the focal points of his campaign.

One theme, entitled One World, One Game, One Level promises further implementation of existing ITTF development programmes, with the aim of building the sport in supposedly "small" table tennis nations.

Weikert has also targeted using digital platforms to "achieve an even stronger connection between fans and the sport" and tap into the younger generation, while he wants to keep the sport "attractive for players, spectators and the media" to "further improve its appeal through a variety of methods".

Marketing is another goal with the German saying the ITTF needs to make a "greater effort"to promote the sport.

He also wants to take the game to the masses with the new "Anytime, Anywhere, Anyhow" version of table tennis.

"We need to take some important and necessary decisions in our sport in the next four years," said Weikert.

"My goal is not only to secure an excellent position for table tennis within Olympic sports, but also further develop it."

The deadline for national associations to submit nominations for Presidential candidates is April 30 next year, with no other contenders in the frame yet.

Sharara, President for 15 years, decided to step down to seek the newly created role of chairman at the ITTF.

He was duly appointed to this role in April 2014, before relinquishing Presidential duties to Weikert in September.