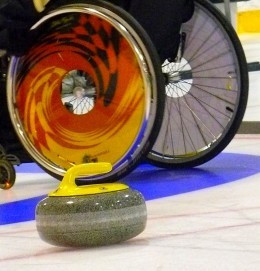 The World Curling Federation (WCF) has revealed the schedule for next month's World Wheelchair-B Curling Championship.

The B-Championship will take place between November 4 and 10 in Lohja, Finland, also the host of last year’s event.

Sixteen teams will take part in the tournament.

Round-robin play will run from November 4 to 9, with qualification games held later on November 9.

The semi-finals and the medal games will then bring the competition to a close on November 10.

The top-two teams will then advance to next year's World Wheelchair Curling Championship in Pyeongchang, South Korea – host of the 2018 Paralympic Winter Games.

Last year, Norway and South Korea qualified for the 2016 World Championship after taking gold and silver, respectively, in the B-Championship.

Norway then went on to win the silver medal at this year’s World Championship in Lucerne, Switzerland, while Finland’s last-place saw them relegated down to the B-Pool.

Russia successfully retained their World Wheelchair Curling Championships title this year after defeating Norway 7-4 in the gold medal match at the Eizentrun Luzern in Lucerne.

Following their defeats in the semi-finals, South Korea met Switzerland in what proved to be a tightly contested bronze medal clash.