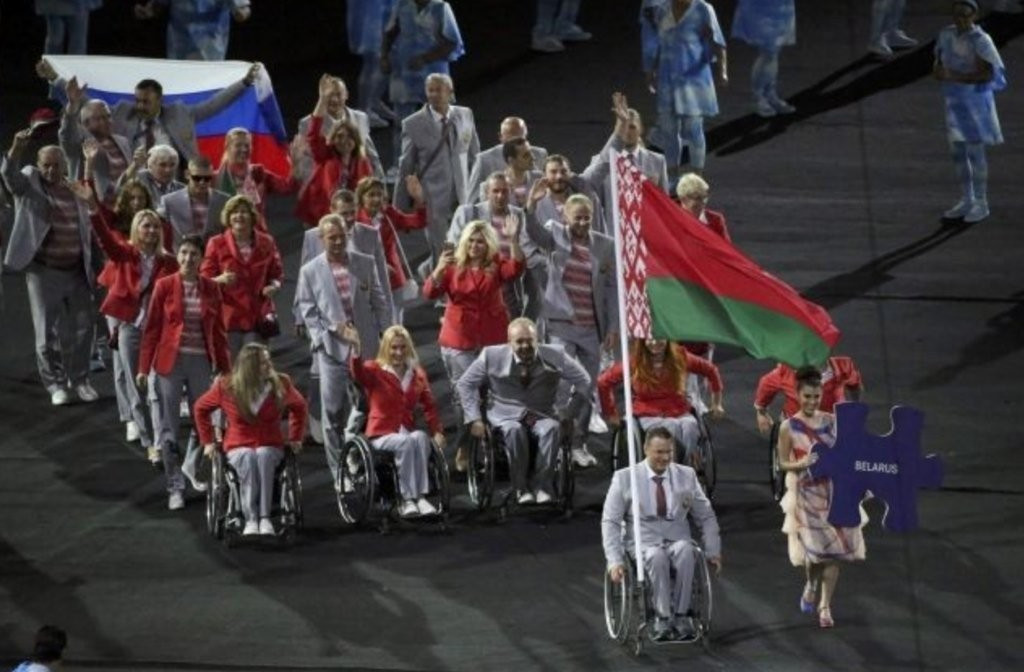 The representative of the Belarusian delegation who carried a Russian flag during the Opening Ceremony at last month’s Paralympic Games in Rio de Janeiro will be given an apartment in Moscow as a gift, it has been reported.

Andrei Fomachkin, a representative of the Belarusian Ministry of Sports and Tourism, a guest of Belarusian National Paralympic Committee (NPC) President Oleg Chepel, was stripped of his accreditation as a result of the incident.

He carried the flag as a gesture of solidarity with the Russian Paralympic team, who the International Paralympic Committee (IPC) barred from competing at Rio 2016 in the wake of Richard McLaren’s damning report, which alleged the presence of a state-sponsored doping scheme at a number of major events, including the 2014 Winter Olympics and Paralympics in Sochi.

Fomachkin will now seemingly be rewarded for the gesture, which caused controversy during the Ceremony on September 7 at the Maracanã.

The gift was confirmed by the Russian Foreign Ministry’s official spokeswoman Maria Zakharova in a statement sent to official news agency TASS.

"I will not tell you everything," she said.

"I will only say that the apartment is real, it is in the finished building - I checked it all by myself, of course.

"You will learn tomorrow who this mysterious Count of Monte Cristo is and how our Belarusian hero will react to such a present because Andrey Fomochkin came to Moscow today."

The gesture came after the Belarusian NPC reportedly informed the IPC in August that it intended to carry the Russian flag alongside the Belarusian one at the Opening Ceremony.

The IPC claim, however, they had turned down the request.

Tensions have continued to surface between Russia and the IPC in the wake of the nation’s blanket ban from the Paralympics in the Brazilian city.

Last week, the IPC dismissed claims from Russia that they threatened not to send the country the required criteria they need to fulfil in order to be reinstated if the country failed to end persistent legal efforts.

The ban led to Russia setting up their own event for its Paralympic team, with Russian Sports Minister Vitaly Mutko criticising the IPC at the Opening Ceremony in Moscow earlier this month.

A total of 263 athletes across 18 sports took part in the tournament, held on September 8 and 9.