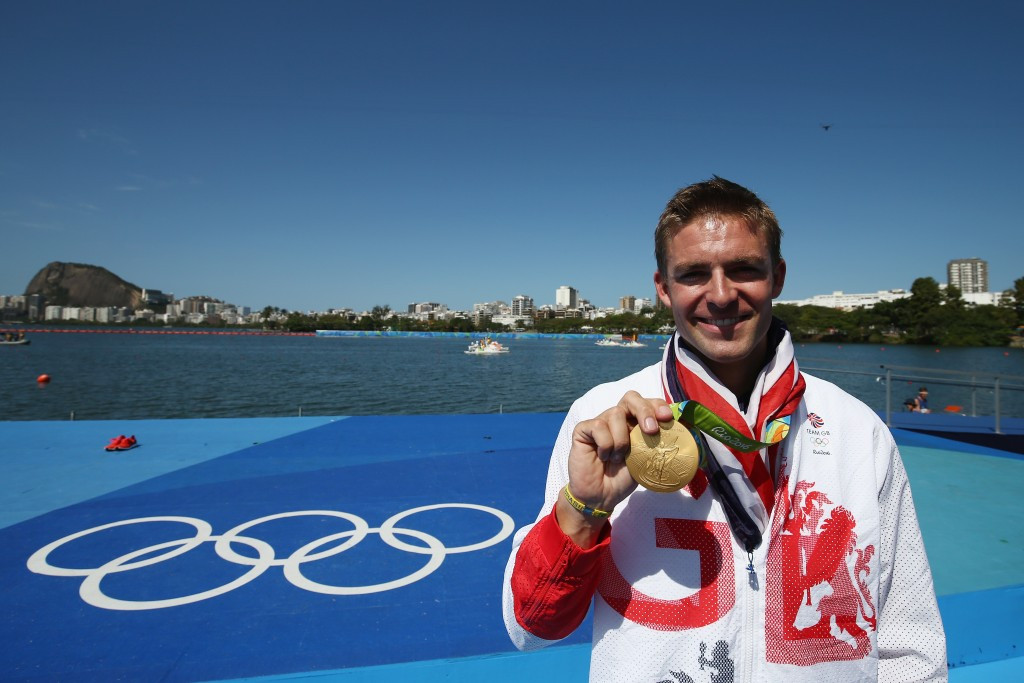 Rower Peter Reed, Britain’s three-time Olympic gold medallist, has voiced his anger at the World Anti-Doping Agency (WADA) following their failure to do more in support of himself and other athletes whose medical records were accessed by Russian hackers Fancy Bears'.

He has also insisted: "I’m a clean athlete - I have always been and I always will be."

The hacked files reveal that Reed,  a lieutenant in the Royal Navy, was among athletes granted a Therapeutic Use Exemption (TUE) - in his case for the use of prednisolone, a corticosteroid that works by modifying the body's immune response to various conditions and decreasing inflammation.

Other leading British athletes to have had their records made public are Reed’s fellow rower and double Olympic champion Helen Glover, plus Tour de France winners Sir Bradley Wiggins and Chris Froome, the latter of whom also had a TUE for prednisolone.

Speaking publicly about the issue for the first time Reed, winner of an Olympic gold medal in the men's coxless four at Beijing 2008 and London 2012 and the men's eight, at Rio 2016, told Forces TV: "I think everyone can understand why the Russians have done it - that doesn’t take a brainbox to work out.

"I am most angry with WADA because they did contact us and say this has happened - they said, ‘Sorry, we’ll protect your records more” - but I think they should have been much more active in protecting the credibility of their clean athletes.

"They should have come out and said everywhere, gone on top of news agencies saying, ‘Don’t even contact these people, you can’t put that there'.

“I receive things now on Instagram and Twitter with my name associated with these things - I think WADA should come down with [a] lawsuit."

WADA have repeatedly defended athletes who received permission to use TUEs amid an insistence that they deserve medical privacy.

"I’m friends with some of the guys from the German eight, and I got in touch with them just to make sure that they knew what the score was, just to say, ‘Okay I really hope you know I haven’t been cheating here.’

"They know what the score is now - my conscience is absolutely clear.

"I'm a clean athlete. I have always been and I always will be.

"I think everybody knows now that there’s nothing that has been untoward, we haven’t done anything wrong, we haven’t taken any banned substances.

"You can take certain medications when you have been properly assessed and diagnosed, not just by your team doctor but by an external doctor, so in my case asthma, and if you need medication to bring you up to a normal level to cure that condition, so you can compete, you need to get this exemption form done.

"For the anti-doping I have to tell WADA and UK Anti-Doping, for an hour, where I am every day of the year, three months in advance - so there is a violation of privacy anyway there.

"But I do it with my hand on my heart and with full honesty because I want to show how clean I am, I want to show people that they can trust athletes."

Reed added that he would be happy to disclose his medical records to prove he is clean.

"After the Lance Armstrong thing, people were just broken," he told Forces TV.

"I was a big Lance Armstrong fan and it really ruined sport, because if he could get away with it for that long what’s to say these guy aren’t?

"We are just rowers, we are honest, we are hard-working, so I want to disclose everything.

"So personally I would want to disclose my medical records anyway.

"Doping is a word that all through my early career I just wouldn't even say because I just didn't want to have my name associated with that in any way."

In a statement, WADA defended their response.

"WADA is taking this criminal act [involving athlete privacy] extremely seriously and has been working day-in, day-out with a premier security and forensics firm and leading law enforcement agencies in Canada and elsewhere to investigate the situation further," a spokesperson told insidethegames.

"Given the severity of the issue, WADA Management has been reaching out to the athletes [impacted] to address their concerns and answer any questions they may have.

"Despite the misinformation that is circulating, we have confidence in the TUE system, which continues to have the overwhelming backing of athletes, physicians and all anti-doping stakeholders worldwide."